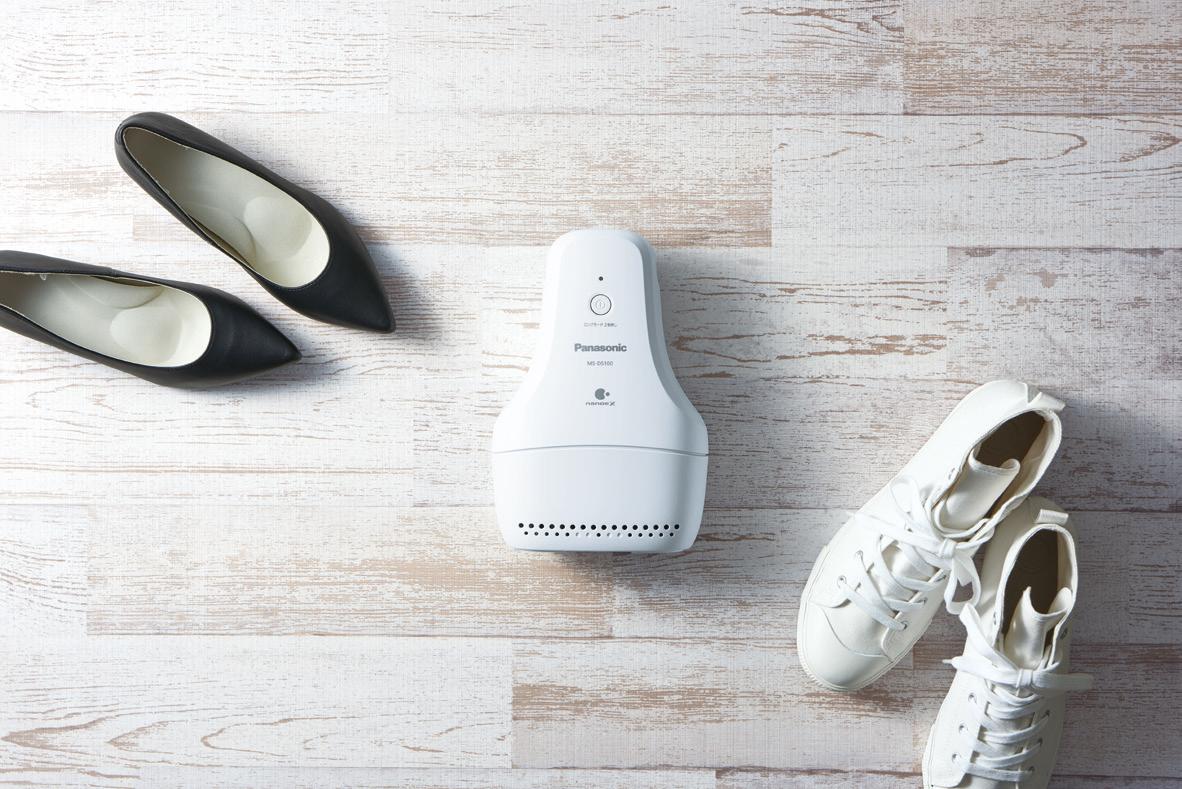 Technology solves a lot of common everyday problems — or at least makes them slightly less annoying to deal with — but smelly shoes have been ignored for a long time. I mean, shoes generally start to stink after a while, especially if you have a high-intensity job and you’re always on your feet. With all the technological advancements we have today, shouldn’t there be a fix for it? Panasonic thinks so, and it’s about to launch a gadget designed specifically to kill your smelly sneakers.

The Panasonic MS-DS100 — which I have to assume stands for “Mega Super De-Stinkifier” — sits quietly atop your shoes whenever you’re not wearing them, sucking the stink out and killing odors too vile to speak of. Welcome to the future!

The device has a fairly generic design, save for the two stalks that you’re suppose to stick into to top of each shoe. Tap the power button and the gadget gets to work… but what exactly is it doing? Panasonic explains:

The MS-DS100 utilizes Panasonic’s original ion particles, “nanoe X,” to dissolve and eliminate unpleasant shoe odors. When the product is set in shoes and the switch turned on, “nanoe X” is generated and spreads from six outlets to every corner of the shoes to remove odors in the entire interior of the shoes from the heel to the toe.

The “hydroxyl radicals” in the ions that the device generates are supposed to gradually kill the odors that have become lodged into the inner fabric of the shoe. According to Panasonic, the device can be run for either five hours for your typically offensive foot odors, or seven hours for ultra-severe stinkage.

This all might sound like some kind of weird black magic, but Panasonic says it has the science to support its claims. The device has been shown to break down isovaleric acid, which the company says is a big culprit in making your shoes stink. Internal testing apparently revealed that shoes did indeed become noticeably less stinky after one 5-hour session.

Unfortunately for most of us, Panasonic isn’t rolling the device out in the Americas or Europe for the time being. It will be exclusively sold in Japan starting in late September, though no hard pricing has been revealed.