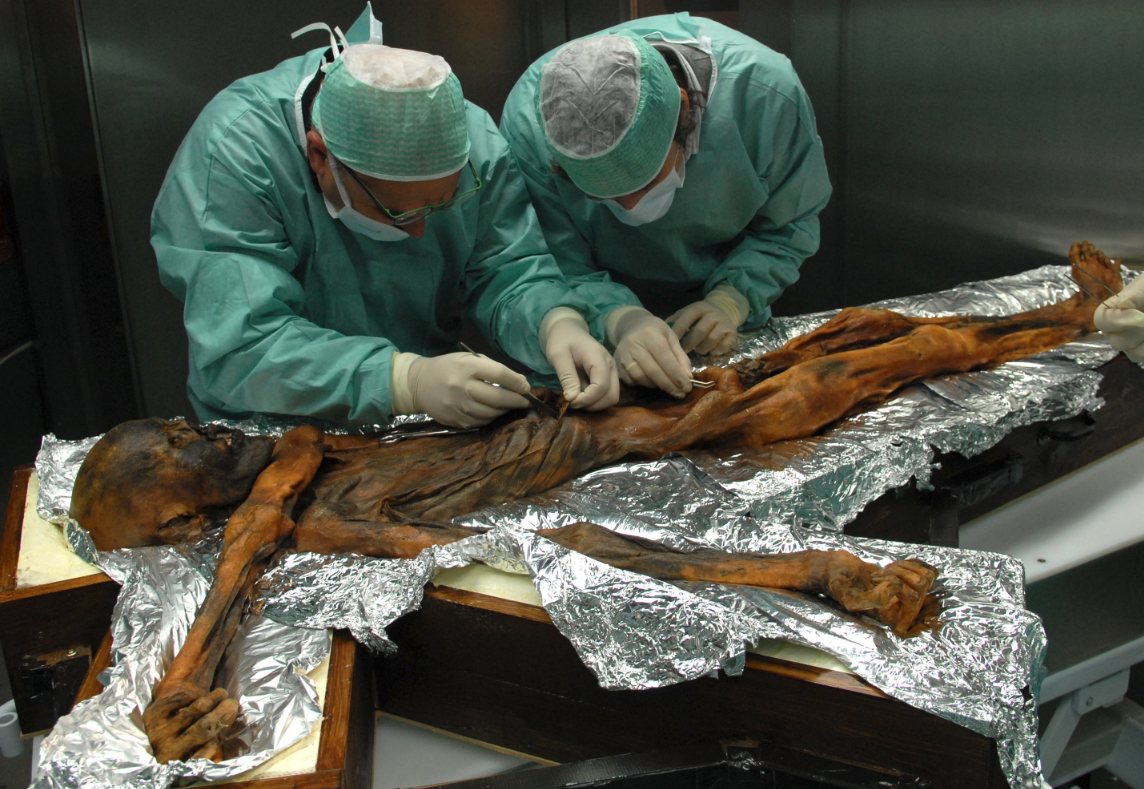 The body of the now-famous “iceman” which was discovered in the early 1990s in the Alps has revealed a lot about how ancient peoples in the region lived. Working carefully with the incredibly old relics, archeologists have been able to study some of the recovered clothing, weapons, and goods the man was carrying with him at the time of his death. Now, for the first time, scientists are offering a detailed glimpse at what he ate before it perished, and it was a real feast.

The man, who has been nicknamed Otzi, had a stomach full of high-fat meats when he died. Analysis of his long-mummified stomach contents shows the presence of red deer meat and wild ibex meat. According to the research, which was published in Current Biology, roughly half of the man’s stomach contents was fat, which researchers now say makes plenty of sense considering the harsh conditions he was living in.

“The high and cold environment is particularly challenging for the human physiology and requires optimal nutrient supply to avoid rapid starvation and energy loss,” Albert Zink of the Eurac Research Institute for Mummy Studies said in a statement. “The Iceman seemed to have been fully aware that fat represents an excellent energy source.”

High-fat diets are pretty rare these days, thanks in large part to the wealth of carbs lining grocery store shelves and packed into just about every meal. Those who follow a ketogenic lifestyle attempt to reverse that trend by relying on fat for energy instead of sugars. Keto has been shown to have some very real health benefits, and perhaps even boosts the effectiveness of certain types of cancer treatments.

Otzi likely didn’t have any of that on his mind when he feasted on wild game, however, and had likely learned that fatty meats simply keep you fuller for longer, which was a must in the frigid, high-altitude environment where he was living.

Going forward, the researchers plan to further analyze the stomach contents and the bacteria discovered in the iceman’s gut, perhaps giving us a better idea of how the internal chemistry of humans has changed over several thousands of years.