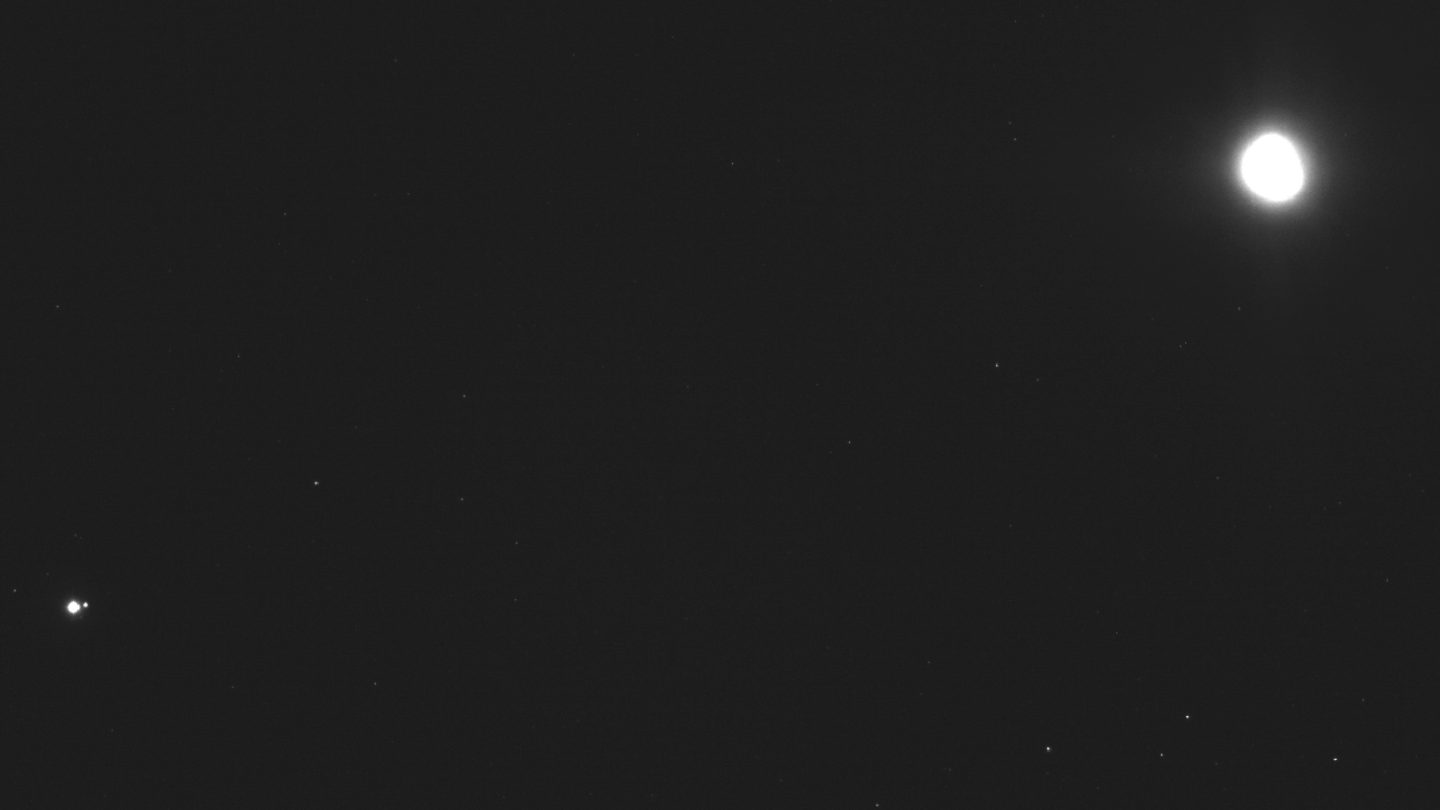 Snapping images of distant worlds, galaxies, and stars is something that NASA is very good at, but it’s not often that the space agency has an opportunity to view Earth from a new angle. The OSIRIS-REx mission is focused on studying an asteroid in greater detail than ever before, but it’s also provided scientists with a faraway look at our home planet.

The probe arrived at the space rock known as Bennu late last year, eventually entering orbit around the asteroid in a calculated plan to eventually grab a sample of its material. In mid December the spacecraft’s NavCam captured an image as it stared back in Earth’s direction, and it sure is pretty.

Three specific objects stand out in the image you see above. The three brightest object in the frame are Earth in the bottom left of the image and the Moon appearing as a smaller bright dot alongside it.

The much larger sphere in the upper right of the frame isn’t the Sun (though it’s easy to see why that might be your first thought), but actually OSIRIS-REx’s target, Bennu. The asteroid appears blindingly bright as it reflects sunlight, and the monochrome NavCam photo picks it up as a shiny beacon.

“The spacecraft’s range to Bennu is only about 27 miles (43 kilometers), so the asteroid appears highly overexposed in the upper right,” the OSIRIS-REx team explains in a blog post. “The head of the constellation Hydra is also visible in the lower right portion of the image.”

We’re so used to seeing other planets at incredibly distances that it’s kind of neat to see Earth shot from so far away. Ultimately, OSIRIS-REx didn’t make the long trip to Bennu just to give us a neat shot of Earth, and there’s months of serious scientific work ahead for NASA’s team.

The spacecraft will spend the next year or so studying Bennu’s surface before eventually touching down, snagging a sample of the rock, and then cruising back to Earth to deliver it to eager scientists.