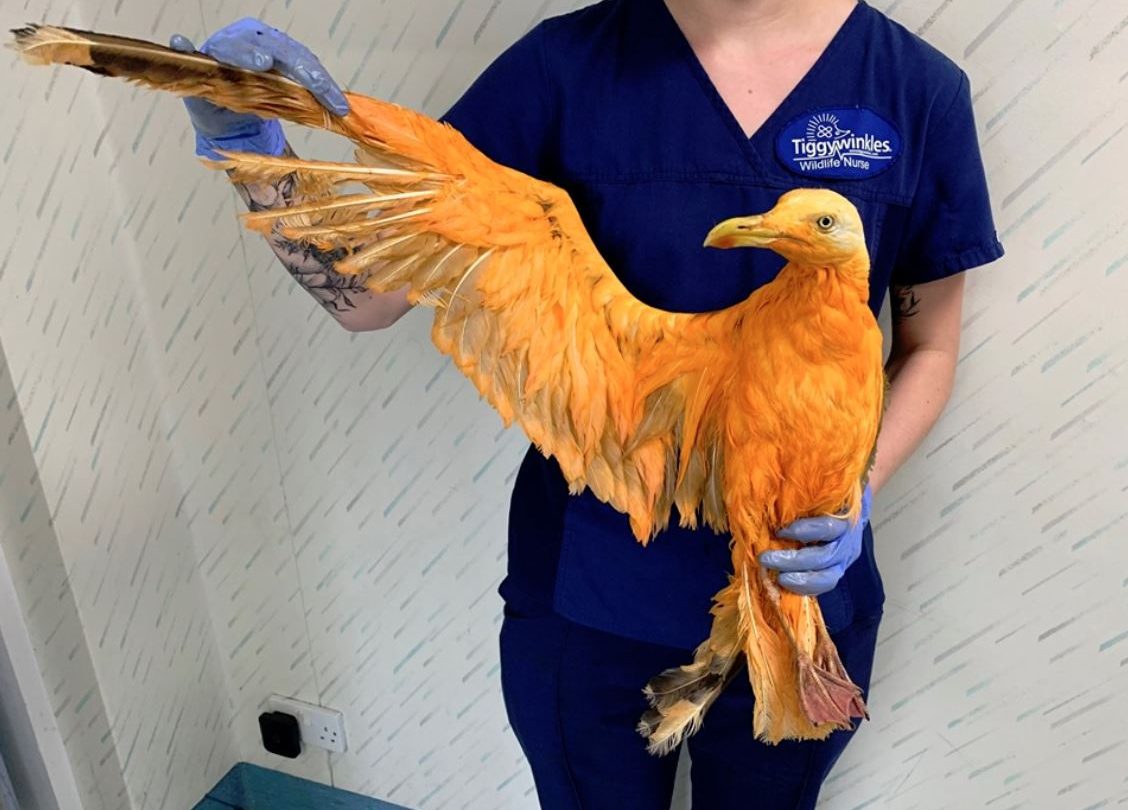 If you spotted a bright orange bird chilling on the side of the road you’d probably do a double-take and then check your coffee to make sure it’s not laced with a hallucinogenic substance. Drivers in England recently spotted just such a bird, and after some brave rescuers approached, grabbed, and brought the bird to a local wildlife hospital, it became clear that it had seen better days.

The bird, it turns out, wasn’t some exotic species. It was just an average, ordinary seagull… that happened to end up on the wrong end of a curry bath. Yes, that is one spicy bird.

“When they called to say they had picked up an orange bird, we had no idea what to expect – and would never have guessed at this!” the Tiggywinkles Wildlife Hospital explains in a post on Facebook, complete with photos of the strange-looking bird.

“He had somehow gotten himself covered in curry or turmeric! It was all over his feathers, preventing him from flying properly,” the post read. “We have no idea how he got into this predicament but thankfully, apart from the vibrant colour and pungent smell, he was healthy.”

The bird doesn’t look particularly pleased in the first photo but it received a prompt bath and was freed of its spicy coating in short order. He was nicknamed “Vinnie” in honor of the Vindaloo curry that he had somehow become soaked in.

The creature was apparently fine, aside from its bright orange appearance, and his caretakers said they would be releasing him back into the wild soon.