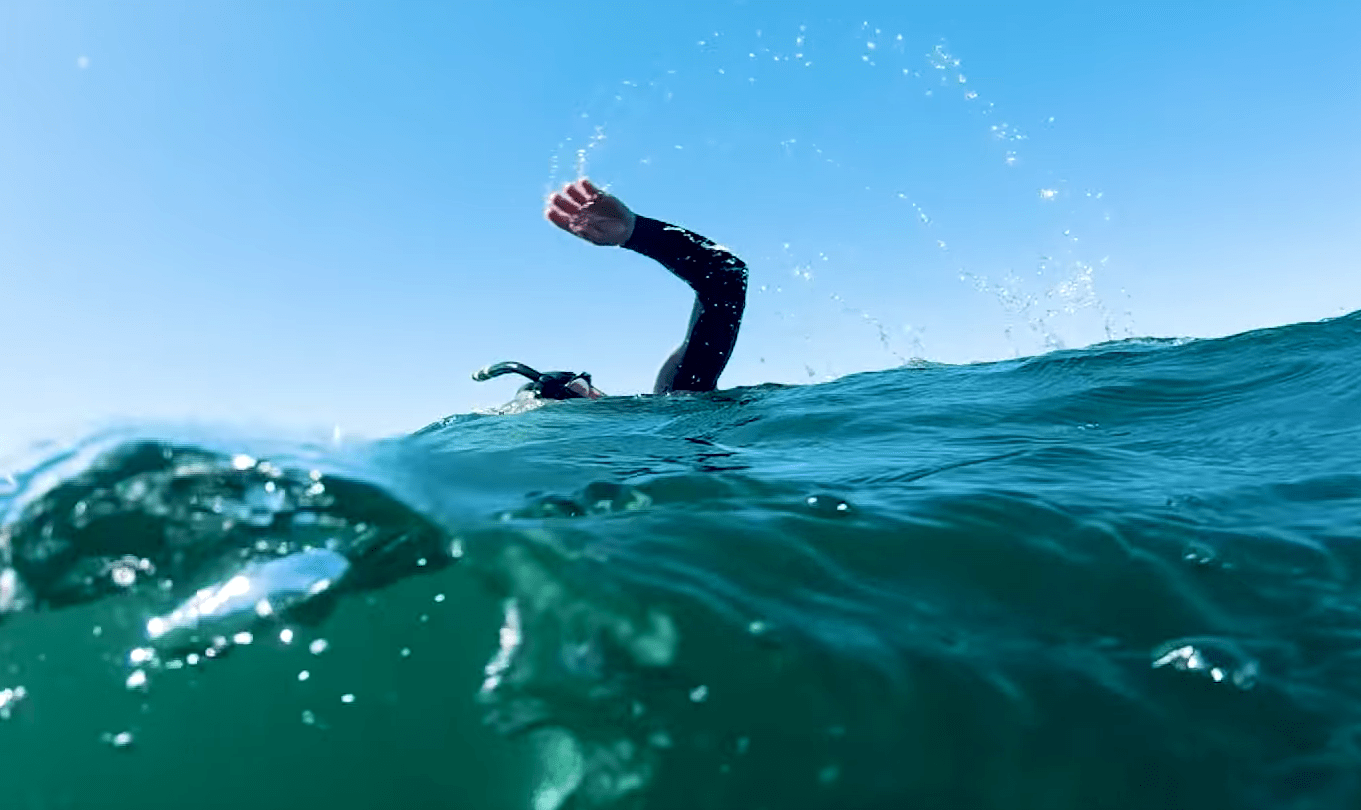 Doing a dozen laps at the local county pool is enough to leave most of us slightly winded and needing a break, but Ben Lecomte isn’t most of us. Lecomte was the first man to swim across the Atlantic Ocean — a feat he accomplished in 1998 — and now he’s going to attempt the same thing with the mighty Pacific Ocean. That’s 5,500 miles of water. He might be mildly crazy.

Lecomte, who plans to swim from Tokyo, Japan, to San Francisco, has teamed up with Discovery and Seeker for his newest expedition, with his entire journey being documented, tracked, and recorded as it happens. The adventure will include live streams, mini-documentary episodes, and eventually a full-length feature documentary to be released in 2019, but first he has to actually swim.

As you’ve probably guessed, swimming across an ocean isn’t an all-at-once affair. The swim is expected to take approximately six months in total, with Lecomte spending roughly eight hours per day in the water and the rest of the time on a sailboat with his support crew. The boat, called Discoverer, will be where Lecomte sleeps and eats, but it won’t make the swim any shorter for him and he obviously can’t head back to dry land for a hiatus.

The swim won’t just be a test of Lecomte’s endurance and willpower, but also a chance for the scientists in his crew to perform research at sea. Lecomte’s website explains:

“Under the direction of researchers from 12 scientific institutions including NASA and Woods Hole Oceanographic Institution, the crew will perform oceanic and medical research throughout the journey, marking the first time such scientific work will be conducted by the general public.

Lecomte hopes to draw attention to the plight of the world’s oceans, as mankind’s unceasing production of pollution and global warming continues to cripple aquatic ecosystems. Having already conquered one ocean it would seem clear that Lecomte has the mental fortitude to make this swim as well, but that was two decades ago and time tends to make fools of us all.

His journey will begin soon, though no specific date has been revealed. We wish him the best of luck on his incredible attempt, and we’ll definitely be following along the whole way.