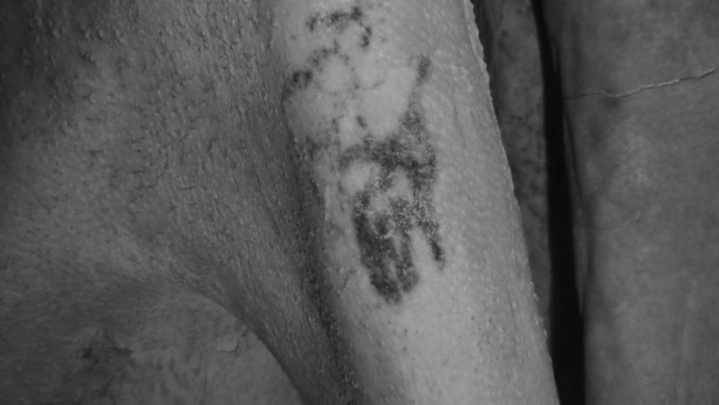 We often think of tattoo art as a relatively new phenomenon but evidence of tattoos on humans dates back several thousands of years. Now, the discovery of artistic tattoos on an two Egyptian mummies dating back 5,000 years is helping to rewrite history in a big way.

The tattoos, which depict animals including a wild bull and sheep as well as S-shaped markings, were discovered on a pair of mummies which are believed to have lived between 3351 BC and 3017 BC. The two mummies, one man and one woman, are incredibly significant not only because their tattoos are much older than any others previously observed, but also because men from that period of Egyptian history have never before been found with tattoos. News of the discovery is detailed in a new report in the Journal of Archaeological Science.

The tattoos, which predate the emergence of the iconic Egyptian hieroglyphs, are thought to be references to their status, or perhaps symbols they preferred to be associated with for one reason or another, which is the same reason many people get tattoos today.

As for how the tattoos were made, the researchers believe it could have been somewhat similar to modern tattoo technology, though obviously much more crude. It is thought that the ancient tattoo artists would have used a needle-like implement to push material like soot underneath the top layer of skin where it would remain indefinitely. Given the many incredible achievements of Egyptian society there’s no reason to think they would have taken tattooing any less seriously.

Details about the deaths of the individuals are a bit harder to figure out, but some clues are helping the archaeologists come up with their own theories. The man, in particular, has a visible stab wound on his back which likely contributed to his death. He was only between 18 and 21 at the time he died.

While these are thought to be the oldest surviving examples of tattoo art, the oldest example of tattooing in general come courtesy of the mummy known as Ötzi who was discovered in Europe back in 1991. Ötzi’s tattoos, unlike those found on the young Egyptians, were simple shapes at specific points on his body. Researchers believe they were likely associated with some type of healing or pain management, and not intended to be shown off as art.