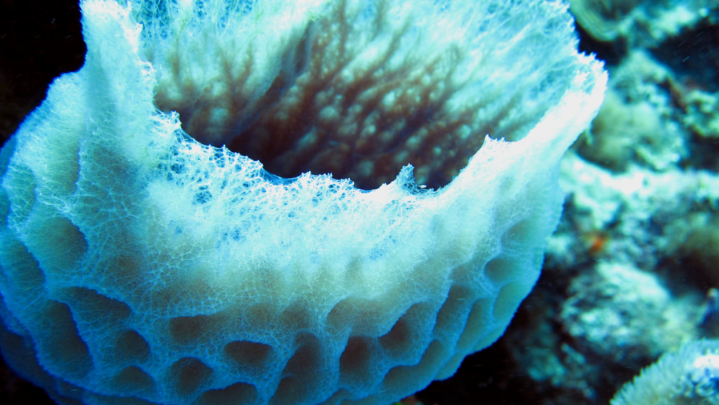 Planet Earth is teeming with interesting creatures of all shapes and sizes, but life on our little blue marble wasn’t always so diverse. Science tells us that all the life we see on the planet today is the result of primitive organisms evolving over millions and millions of years into much more complex forms. Now, scientists have declared that they’ve discovered the single common ancestor of all animal life on the planet, including humans, and it’s not exactly a glamorous origin story.

As it turns out, all of us — that means you, your dog, your cat, the mighty blue whale, lowly ant, and even your uncle Bob — all descended from sea sponges. Yep, we’re all different branches of an evolution tree that began with a mushy blob of sponge that sits on the bottom of the sea, eats whatever runs into it, and doesn’t do much else. Actually, come to think of it, I’m starting to see the human connection…

The discovery, which was published in a new paper in the journal Current Biology, offers some clarity to previous research which had narrowed down the origin of all modern day animals to a pair of candidates: sea sponges and comb jellies. Both sponges and the jellies have been around for eons, and both are simple organisms, but new evolutionary models built on the most accurate data reveal that the sea sponge is a much better fit for being the “root” of the tree of life.

“I think part of why people love this debate so much is the comb jellies are beautiful and the sponges are somewhat ugly,” Davide Pisani of the University of Bristol, and co-author of the study, explains. “The sponge is the underdog in a sense. So it is quite nice to know that we have really humble beginnings, rather than this glamorous start.”

Sponges are filter feeders, meaning that they just kind of sit there and find bits of food in the water that floats by. Knowing that humans and everything we see around us today evolved from such a modest creature might be hard to fathom, but that’s what happens when you give evolution a few billion years to tweak things.