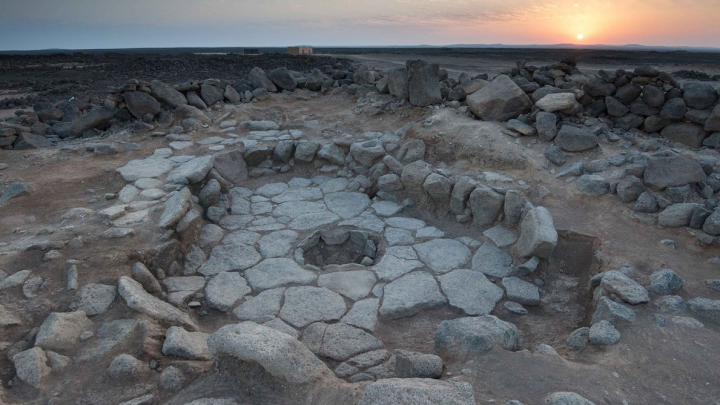 We take bread for granted these days but exactly when it popped up in the timeline of human advancement is still a bit of a mystery. It’s long been thought that the humans didn’t start making breads until after the emergence of agriculture, around 10,000 years ago, but a new discovery in the Middle East suggests that the widely accepted timeline needs some serious rethinking.

At an archaeological site in the northeastern part of Jordan, researchers have uncovered what they now believe to be the world’s oldest bread, and it dates back a whopping 14,400 years. The discovery was made at an ancient settlement which was located in the Black Desert, and it could rewrite a very important piece of human history.

The research, which was published in the Proceedings of the National Academy of Sciences, reveals the bread crumbs discovered at the site are the remains of a flatbread-like product which was likely made using wild wheat and other free-growing plants which were not actively farmed.

“Despite being one of the most important foodstuffs consumed in the modern world, the origins of bread are still largely unknown,” the researchers write.” Here we report the earliest empirical evidence for the preparation of bread-like products by Natufian hunter-gatherers, 4,000 years before the emergence of the Neolithic agricultural way of life. The discovery of charred food remains has allowed for the reconstruction of the chaîne opératoire for the early production of bread-like products.”

The flatbread predates what had been accepted as the timeline of bread making by at least 4,000 years, and that’s a huge leap on the relatively short history of mankind. It had been thought that populations of humans didn’t begin making any type of bread until agriculture and farming became common, giving them easy access to cereals with which to experiment. If hunter-gatherers were already making bread products thousands of years earlier, it not only changes the order in which some important human advancements took place, but also mixes up what scientists thought they knew about the diets of some of our ancient ancestors.

No, the scientists didn’t taste the bread. I would have.