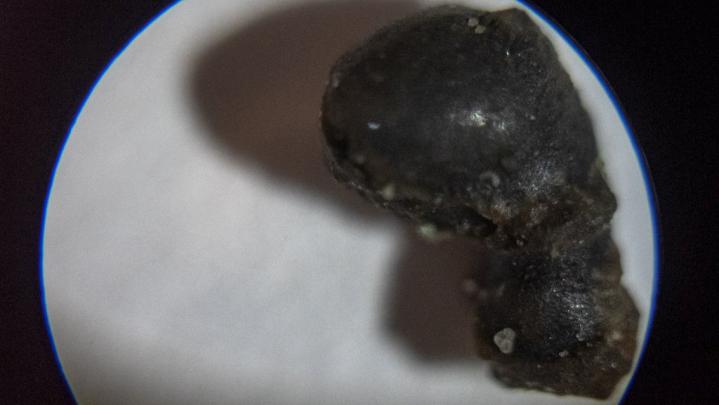 Three days ago, scientists from the National Oceanic and Atmospheric Administration teamed up with NASA in the hopes of finding leftover chunks of a meteorite which slammed into the ocean way back in March. NASA had a pretty good idea of where the space rock impacted the ocean, but actually finding any debris was still a long shot. Now it’s beginning to look like the expedition has paid off.

The team spent a solid seven hours exploring the seabed in the area thought to be the site of the meteorite impact, using a pair of robotic vehicles to scour the ocean floor for signs of the very special rock. They gathered a whole bunch of material and used powerful magnets to snag what they hoped would be leftovers of the metallic meteorite.

However, conclusively determining whether any of the material was a leftover chunk of space rock is a tricky task, and despite the high-resolution video feeds from ocean bed it’s impossible tell exactly what any of the rocks were before bringing them back up to the surface.

Once the samples made it back out of the water, the complicated task of sifting through them began. NASA’s Marc Fries, an expert on material from space and Cosmic Dust Curator (now that’s a heck of a job title!) examined the various rocks that were gathered and identified a pair of small chunks that appear to be the real deal.

The rocks are tiny but include features associated with a meteorite that has survived its entry into our atmosphere. The shiny “fusion crust” that appears smooth on their surface suggests they endured the incredible friction of Earth’s atmosphere before eventually plunging into the ocean.

Going forward, researchers will examine the fragments more closely and hope to conclusively determine that they are indeed from space. If the rocks are indeed extraterrestrial, it will mark an incredible accomplishment for the expedition team, and a big win for science as a whole.