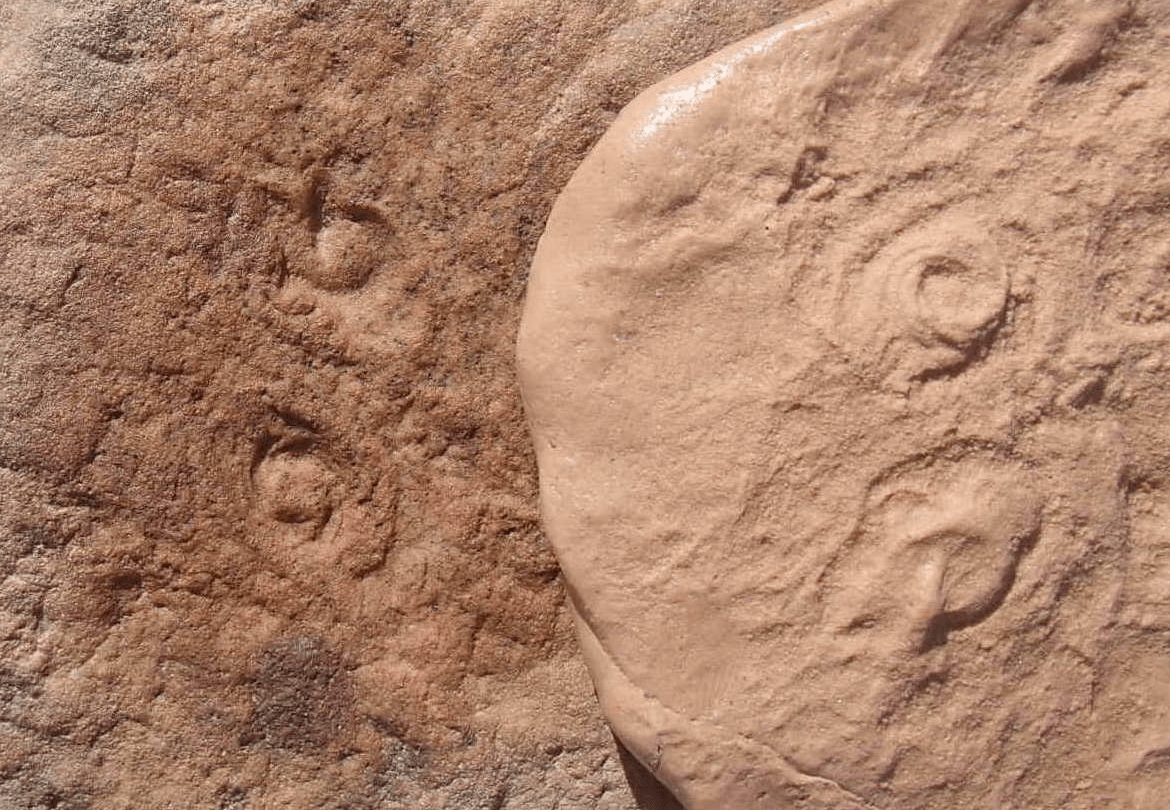 In many ways, the Earth was a much different place 580 million years ago. The landscape wasn’t exactly bustling. Life had existed on the planet for a few billion years already, but you wouldn’t have recognized most of it, and the first complex animals were just starting to travel down the various evolutionary paths that eventually led us to where we are today. Researchers just announced the discovery of a pair of very peculiar creatures that lived during that very important era, and they’ve been named after some very special folks.

The discoveries, which are detailed in papers published in the Australian Journal of Earth Sciences, are helping to shape our understanding of how life evolved from single-celled organisms and bacteria to modern animals.

The two new species, which were discovered by a research team led by Mary Droser of the University of California – Riverside, were flat, disc-shaped creatures that lived on the shallow ocean floor. They were very small, only topping out at around two centimeters in diameter, and they don’t appear to have been very mobile, but they were pioneers of the day.

The scientists chose to name the unique animals after President Barack Obama and Sir David Attenborough, thanks to their contributions to science:

Obamus coronatus, a name that honors President Barack Obama’s passion for science. This disc-shaped creature was between 0.5-2 cm across with raised spiral grooves on its surface. Obamus coronatus did not seem to move around, rather it was embedded to the ocean mat, a thick layer of organic matter that covered the early ocean floor.

Attenborites janeae, named after the English naturalist and broadcaster Sir David Attenborough for his science advocacy and support of paleontology. This tiny ovoid, less than a centimeter across, was adorned with internal grooves and ridges giving it a raisin-like appearance.

Perhaps unsurprisingly, there is very little evidence left over from the time when these animals lived, between 540 and 580 million years ago. Scientists still don’t know exactly where these creatures fit into the overall tree of life, or if they evolved into more complex animals over millions of years. It may have been an evolutionary dead end, or these strange discs may be ancestors of animals that still exist today.