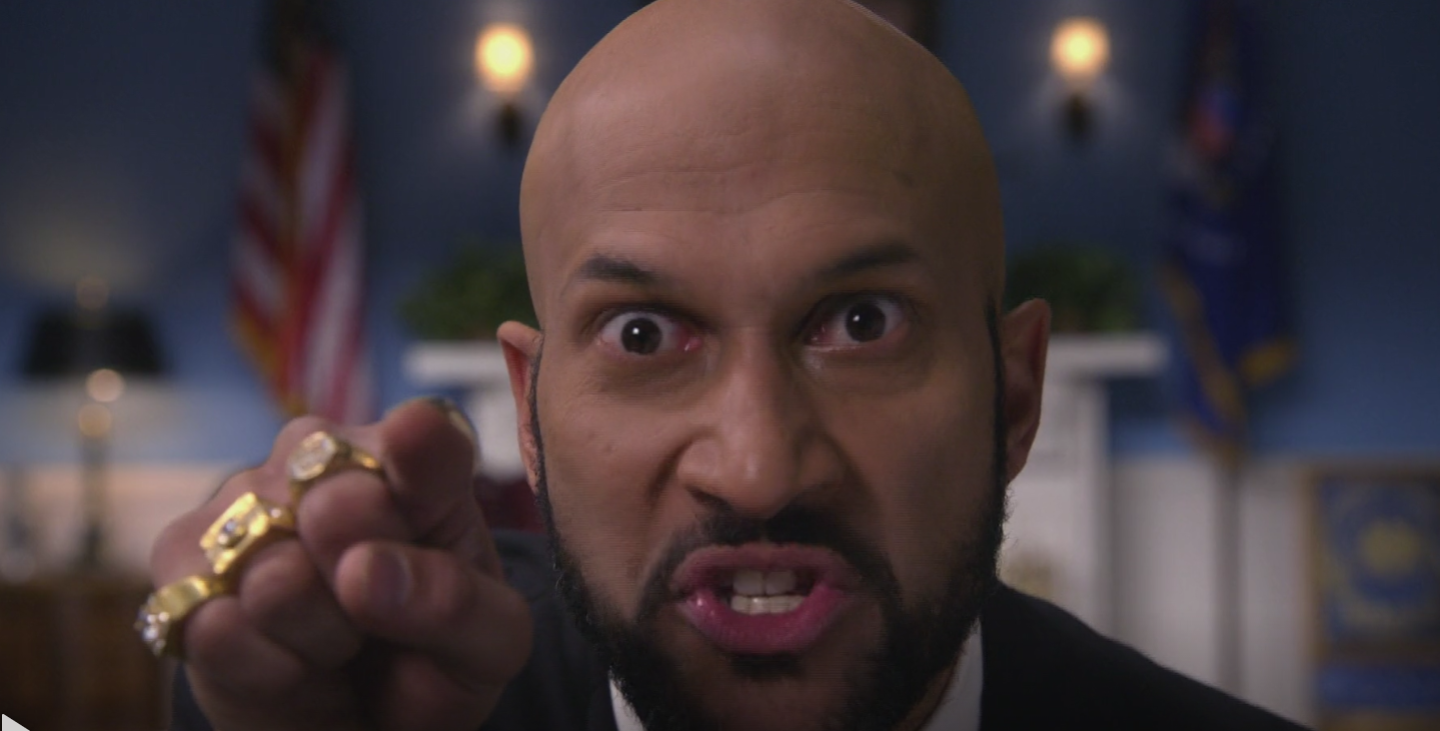 President Obama has handled the transition process with PEOTUS Trump superbly diplomatically. But under the veneer of respect for the peaceful transition of power, you sense that Obama has a few strong views on the President-Elect. Luckily, Key and Peele’s anger translator is back one last time to help.

Keegan-Michael Key and Jordan Peele were reunited one last time on last night’s edition of The Daily Show to reprise Luther, Obama’s famous anger translator. The skit dates back years, and has even been acknowledged by Obama at the White House Correspondent’s Dinner. But this looks like an appropriate farewell, as we’re not imagining that Trump will need an anger translator when he has Twitter.

In the sketch, “Obama” starts out calmly wishing Trump all the best for the next four years. But it’s clear that there’s some anger bubbling right there under the surface. Luther brings up the Electoral College, Vladimir Putin, and the nation’s divisions before dropping the proverbial mic and storming off stage.

“Good luck with your health care, assholes. I’m out. But I got my eyes on you, pussy grabber.”