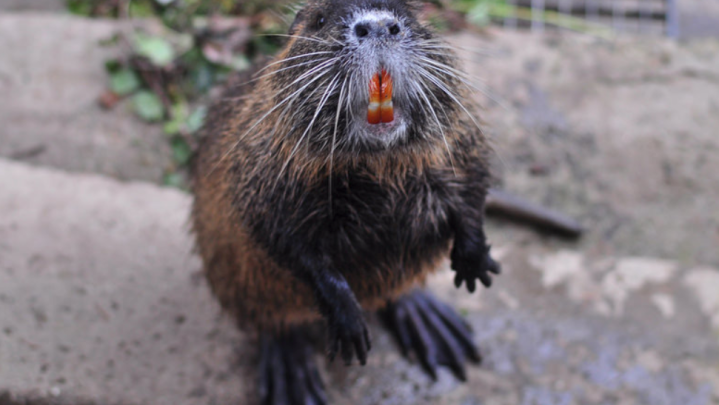 No populated area is without its share of mice, rats, and other pesky pests, but the West Coast is dealing with an influx of supersized rodents that are unlike anything you’ve seen scurrying down a dirty alley. Nutria, a type of large, rat-like rodent with large bucked teeth, has decided to make California its newest home, and researchers have discovered that the pests are breeding in massive numbers all along the coast.

The rodents, which can grow to be as large as 20 pounds, were once big business for fur traders in South America, and they’re being considered a dangerous invasive species here in the United States. That’s a big problem, because just one female can produce as many as 200 offspring in just a year’s time, and their numbers in California are now booming.

“This is a very significant threat in terms of the environmental damage and our agriculture industry,” Peter Tira of the California Department of Fish and Wildlife told National Geographic. “It’s a very frightening situation in terms of impact.”

The first hints that something was amiss came in early 2017 when officials caught one of the rodents and discovered it to be a pregnant female. As with most rodents, breeding populations can expand at a breakneck pace, and that appears to be exactly what is happening right now on the West Coast. Large numbers of the oversized rodents can wreak havoc on vegetation, not to mention damaging human infrastructure. A nutria boom in the southern US caused serious damage to drainage systems, and officials suggest the same could happen in coastal communities in California.

“Nutria are destructive, wasteful feeders that destroy up to 10 times the vegetation they consume,” the California Department of Fish & Wildlife explains. “Signs of presence typically include cut, emergent vegetation (e.g. cattails and bulrushes), with only the base portions eaten and the stems left floating.” Wildlife officials in California are urging everyone to call in if they spot one of the rodents, and they’re currently planning “an eradication plan” to stem the spread of the Nutria before things get too out-of-hand.