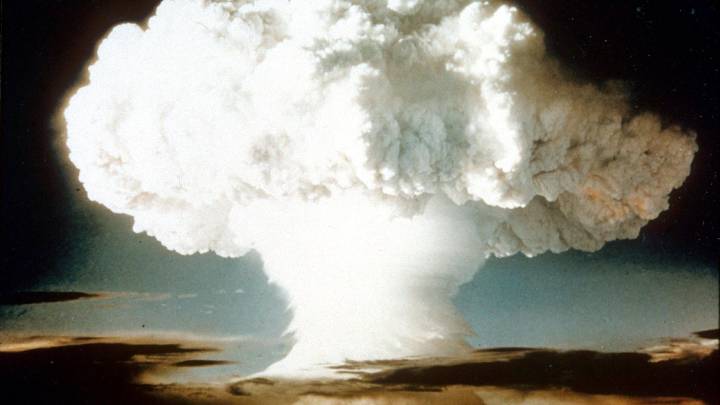 It might sound silly to think that a nuclear war between the United States and Russia would be anything but the apocalypse, but for scientists studying climate and atmosphere, the changes such a conflict could bring to our planet are a worthy subject of study.

Now, a new paper published in the Journal of Geophysical Research: Atmospheres corroborates decade-old estimates and confirms that if the U.S. and Russia started throwing nukes around, nuclear winter would indeed follow. The study stops short of declaring a nuclear war the end of mankind, but given the study’s findings, it certainly seems like the writing is on the wall.

For their study, the team of researchers from Rutgers University, the National Center for Atmospheric Research, and the University of Colorado used an updated climate model to show how a nuclear conflict between the United States and Russia would impact global climate.

Taking a huge combination of variables into account — including the types of nuclear weapons, the number of bombs that both countries would be sending, and the likely targets on both continents — the models show a nuclear winter that causes temperatures to plummet on a planet-wide scale. Additionally, total precipitation would be cut by roughly 30 percent for months after the conflict.

The hypothetical conflict was simulated as a “worst-case scenario,” meaning that the estimates were based on both countries tossing all of their nuclear weapons reserves at the other. However, the study also assumes that all the bombs being thrown landed in either the United States or Russia, and that no other countries came to the aid of either one of the two rival nations. In an actual nuclear war, such things would seem unlikely, meaning that the end result would probably be even more grim.

It’s worth noting that previous studies have suggested that a nuclear war between the US and Russia would indeed mean extinction for humanity as well as many other species, and there’s really no reason to think that wouldn’t be the case.