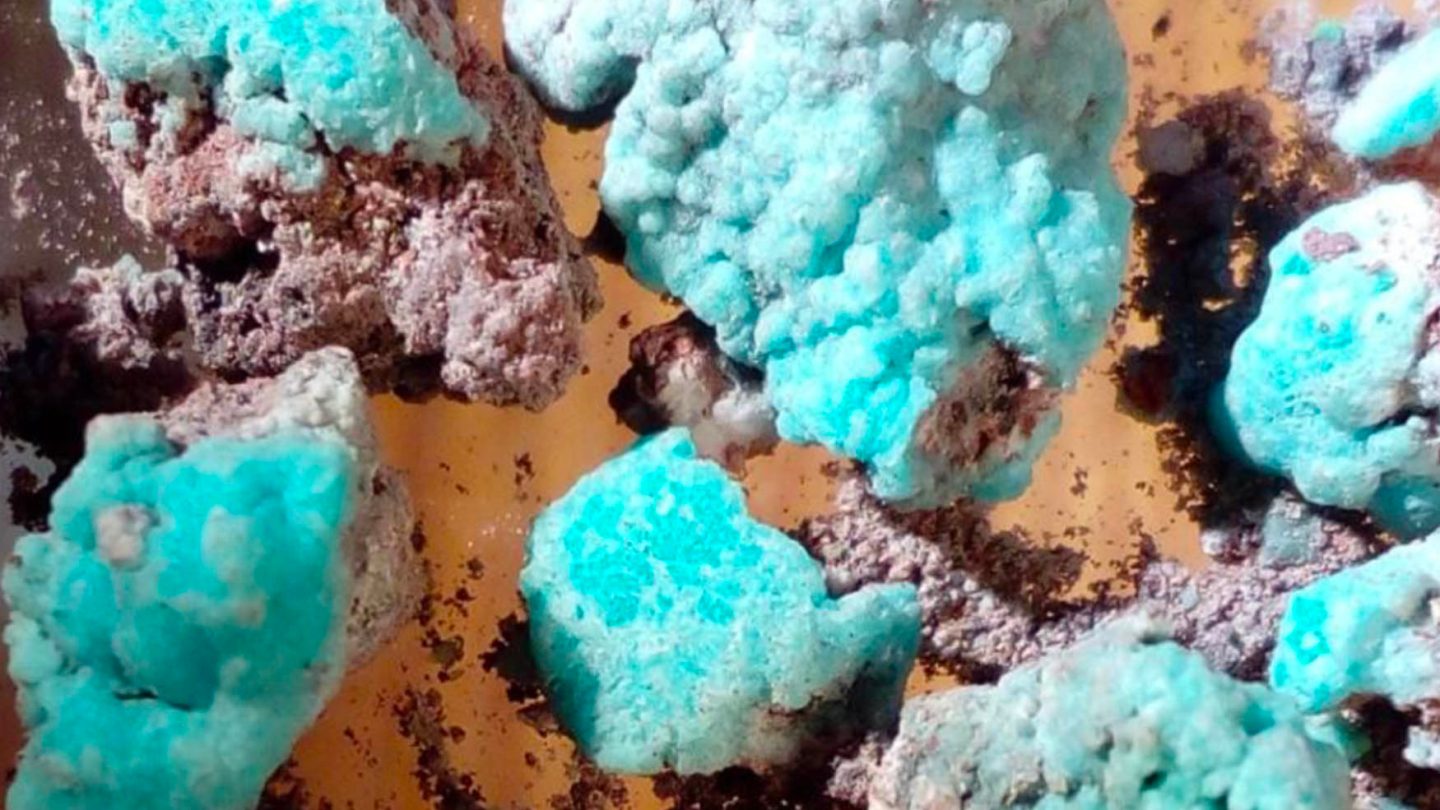 Volcanoes are cool. Well, I mean, as long as you’re viewing them from a distance and they’re not posing an immediate threat to your life, they’re pretty neat. They’re also about as close to visiting the inner workings of the planet as most of us will ever get. The incredible heat generated deep beneath our feet only shows itself on the surface through these incredible geographic features, and as a new study reveals, they’re capable of creating things that science has never seen before.

The new research paper, which was published in Mineralogical Magazine, reveals the presence of an entirely new mineral that before now was completely unknown. It’s called petrovite, and it’s an intense combination of many different elements.

As LiveScience reports, the novel mineral was discovered near the Tolbachik volcano in Russia’s Kamchatka Peninsula, and it’s definitely eye-catching. The mineral is crystaline in nature and boasts an almost otherworldly bright blueish-green color. It looks incredible and even somewhat unnatural, but it was forged by volcanic activity.

The mineral consists of oxygen atoms, sodium sulphur and copper, which form a porous framework. The voids are connected to each other by channels through which relatively small sodium atoms can move. The scientists have therefore established that the structural type of petrovite is promising for ionic conductivity and can be used as a cathode material for sodium ion batteries.

So, the mineral might actually be useful, which is a nice surprise, but there’s a catch. “At present, the biggest problem for this use is the small amount of a transition metal – copper – in the crystal structure of the mineral,” Stanislav Filatov, lead author of the research, explains in a statement. “It might be solved by synthesizing a compound with the same structure as petrovite in the laboratory.”

If the discovery of a new mineral sounds exciting to you, then the Kamchatka Peninsula is definitely a place you’d want to visit. The location is well known for its abundance of varying mineral types and well over 100 different minerals were first discovered there. Its vast magma field is the perfect place for scientists to go searching for something they’ve never seen before, and in the case of petrovite, they’ve found it once again.

“The mineral is named in honour of Prof Dr Tomas Georgievich Petrov (b. 1931) for his contributions to mineralogy and crystallography and, in particular, for the development of technology for the industrial fabrication of jewellery malachite,” the researchers note.