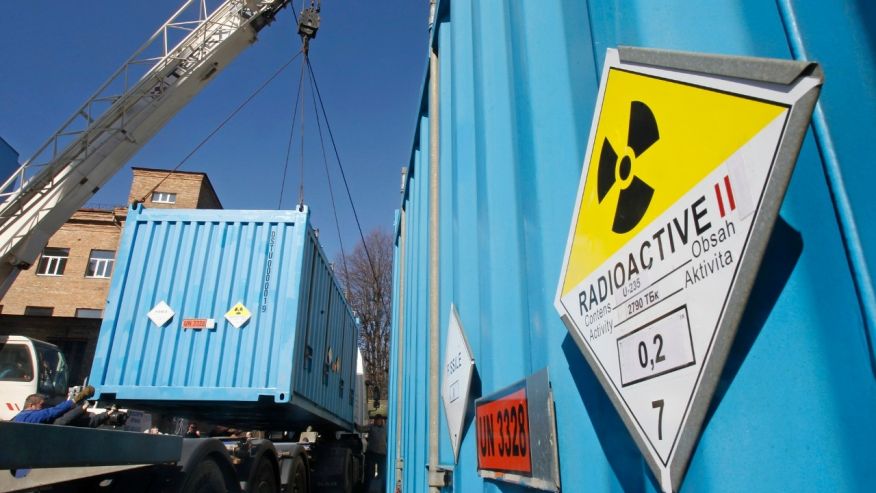 Researchers at the University of Michigan have announced a new technique that detects enriched uranium from a long distance with the help of lasers.

The technology could prove useful in the search for illicit nuclear activity.

According to the scientists, the technique uses a process known as laser filamentation, which uses very short, intense laser pulses. The pulses run through the air and create a plasma channel along the beam line that serves as a sort of “optical fiber.”

The technique keeps the pulses in a small, focused space. The plasma is created using uranium and the air and provides an opportunity for the uranium to bond with oxygen. Energy stored in the bond between the oxygen and uranium then makes it detectable, according to the University of Michigan, which added that the technique can sniff out whether the uranium is ordinary uranium-238 or fission-prone uranium-235.

“These molecules radiate just slightly different colors, depending on whether we are looking at uranium-235 or uranium-238,” said Igor Jovanovic, professor of nuclear engineering and radiological sciences at the University of Michigan in a press release.

Current technology detects uranium-235 through its spontaneous fissions and can also cause fissions by shooting neutrons into suspect items. It also has the capability to “see through” packaging and detect uranium-235 when it is deliberately shielded or disguised.

The new technology requires the uranium to be exposed, but can detect it from a couple miles away from the back of a truck, a backpack kit, or even a drone, according to Jovanovic, who added that the technology could useful for nuclear forensics.

This could involve, for example, harnessing data from a nuclear blast. The technology could also be used to monitor the production of nuclear fuel.