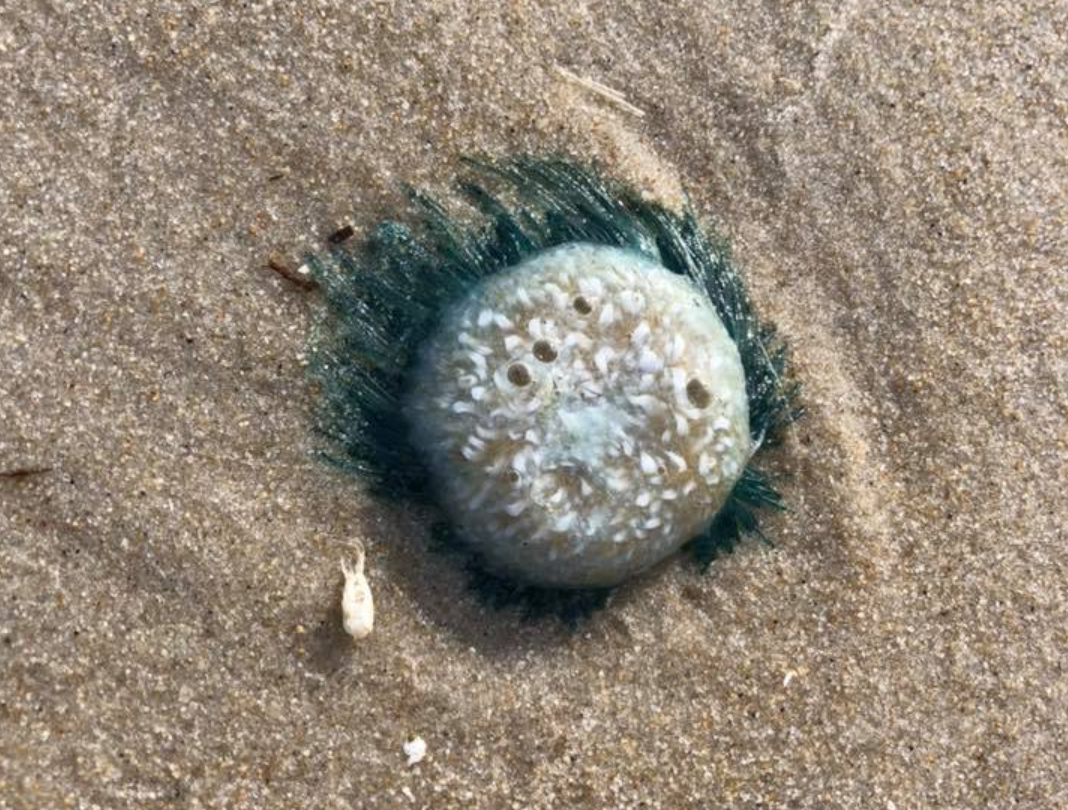 If you’re looking for colorful sea creatures the first place you’d look probably wouldn’t be anywhere near New Jersey. Hurricane Florence, which recently slammed into the East Coast of the United States, seems to have changed that ever so slightly, and the recent sighting of a “blue button jellyfish” on the shores of Beach Haven, New Jersey was a real treat for scientists.

In a report from a local CBS affiliate, New Jersey resident Suzanne Schenker explains how she and her two dogs accidentally stumbled upon the rare jellyfish while out for a leisurely beach stroll. The create was so alien-like that she took to Facebook to find answers.

She posted her own photo of the create to a group called New Jersey Jellyspotters. The group was able to help identify the creature as a blue button jellyfish, and that’s when scientists took notice.

As CBS New York reports, local jellyfish expert Paul Bologna says that spotting a tropical jelly like this so far north is indeed a rare occasion. In fact, Bologna — who has been nicknamed “Professor Jellyfish” — says it’s the first time he’s ever seen the species in New Jersey.

So how did it get so far North? It’s thought that the creature was pushed from its tropical home by the intense forces of Hurricane Florence, riding the warm current many miles before eventually washing up on New Jersey shores.

The blue button jellyfish isn’t particularly troublesome for humans, and while it can produce a mild sting it’s certainly nothing that should concern beachgoers. However, it might not have been the only tropical creature to hitch a ride with Florence, and experts are asking the public to be vigilant about other foreign jellyfish that could cause much more pain.