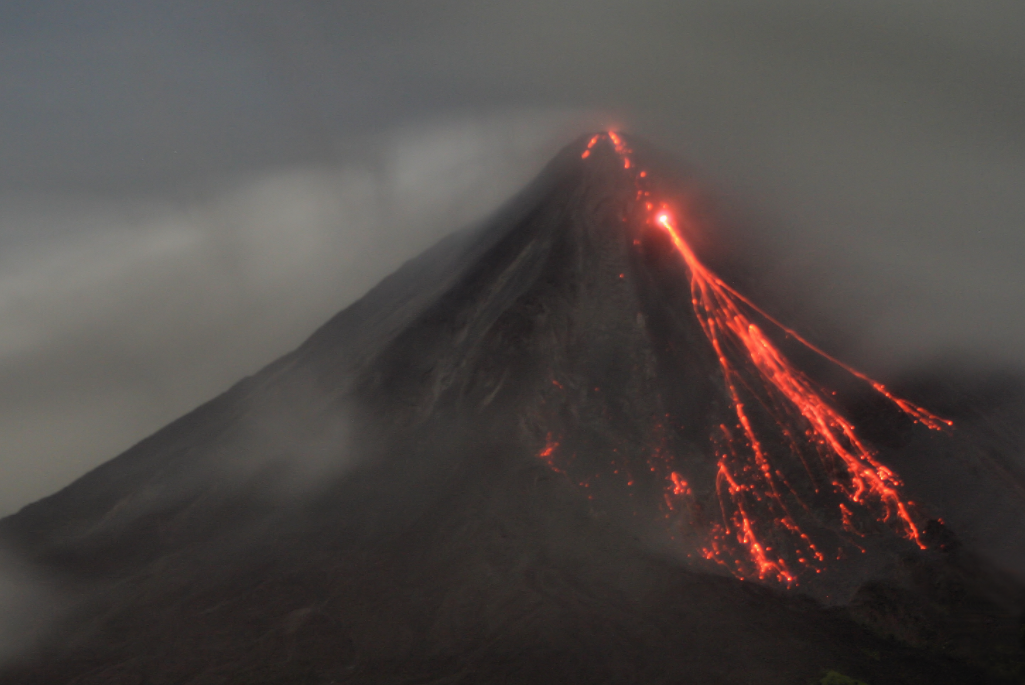 If you’re looking for a volcano there’s a number of places you’d probably check first, like Hawaii or even Yellowstone National Park, but new data suggests you might want to turn your attention to the northeastern United States. Researchers from Rutgers University just revealed that a large swelling of hot rock is bubbling up under New England, and it may be the first hints that a new volcano is forming under our feet.

The findings are incredibly interesting for a number of reasons, not least of which because the east coast of the United States isn’t exactly a hotbed of potentially dangerous geological activity. Despite that, the data is undeniable, and it seems as though there is definitely something rising up from deep within the Earth in the region.

“The upwelling we detected is like a hot air balloon, and we infer that something is rising up through the deeper part of our planet under New England,” lead author Vadim Levin of Rutgers’ Department of Earth and Planetary Sciences says. “It is not Yellowstone (National Park)-like, but it’s a distant relative in the sense that something relatively small – no more than a couple hundred miles across – is happening.”

The research, which was published in the journal Geology, utilized data from the EarthScope program. EarthScope gathers a wealth of information from thousands of different monitoring devices positioned all over the United States. It’s the largest-scale seismic measurement system around, and it is proving its ability to provide scientists with incredible insights.

EarthScope’s measurements show that the upwelling is occurring deep beneath parts of Massachusetts, Vermont, and New Hampshire. If a volcano were to eventually form, there’s really no telling where it would would actually emerge, but the process would take a long, long time.

The would-be volcano growing under New England would take potentially millions of years to actually form, and because of that Levin says that there’s no reason for current generations to worry about waking up to a neighborhood covered in lava. “It will likely take millions of years for the upwelling to get where it’s going,” Levin explains. “The next step is to try to understand how exactly it’s happening.”