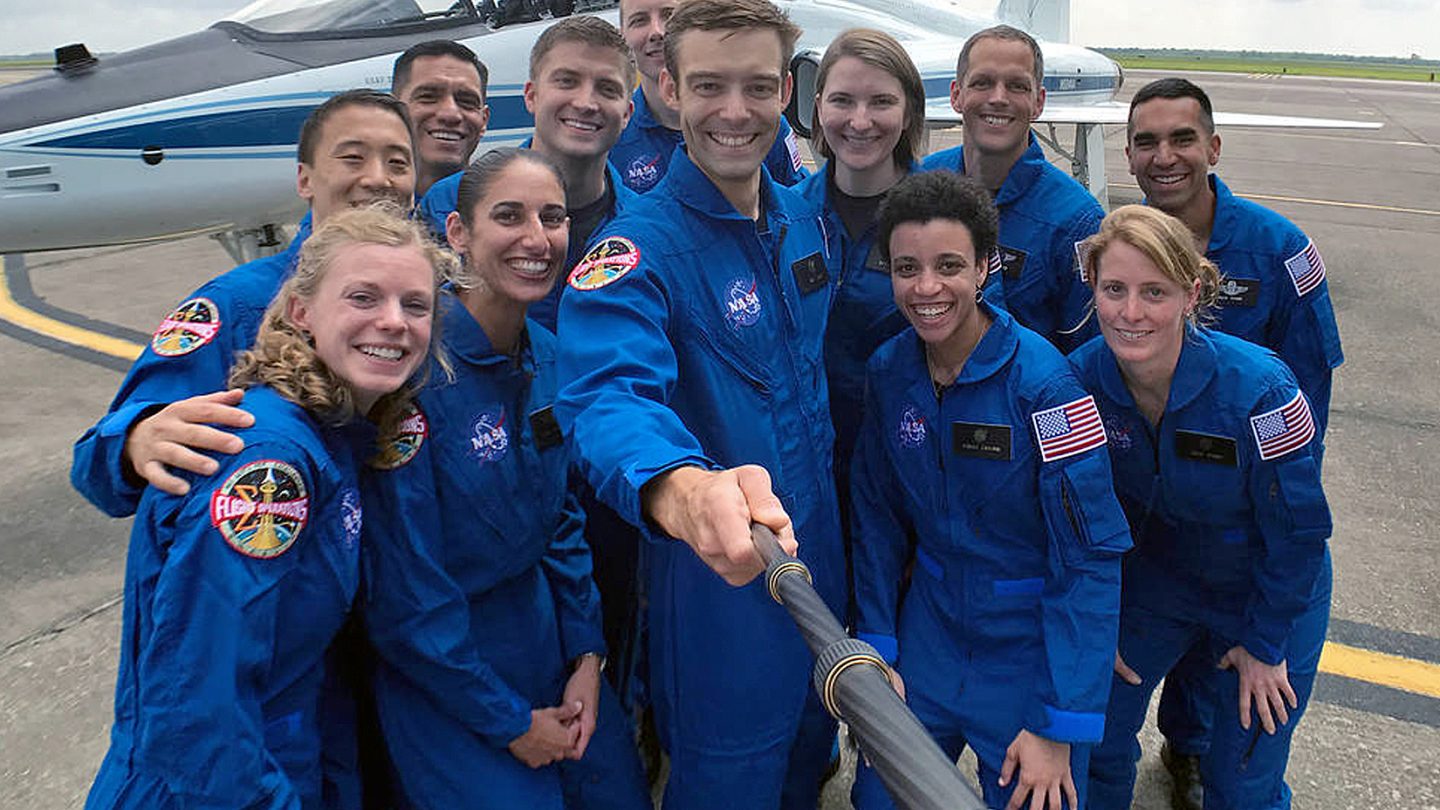 Earlier this week, NASA held a big event to introduce the world to its newest class of astronaut candidates. The group, which will now begin some pretty serious training that can take up to two years before they’re ready to actually make trips into space, got plenty of love on the agency’s official website, including a lovely photo gallery with lots of solo and group shots. One of those photos stands out above all others.

Listen, I’m all for having some selfie fun on the tarmac — I think we’ve all found ourselves shooting a nice self portrait in front of a fighter jet or two, right? — but why on Earth are the some of the brightest and most talented engineers, scientists, and military personnel on the planet being reduced to using a selfie stick to grab a quirky group photo? I mean, seriously?

Here we have NASA, a government group who received approximately $19.3 billion for the 2017 fiscal year, introducing its newest astronauts to the world, and they’re using a $7 metal pole to take their own photo like some kind of drunk cousin at a family barbecue.

Now, I’m willing to admit that there may be something going on here that we as the public don’t fully understand. Is the stick actually a highly-specialized new NASA tool designed specifically for taking astronaut selfies? It appears to be rather robust in its construction. Perhaps it’s carbon fiber, and built with months and months of scientific testing and grueling quality assurance under its belt. In that case, I’m willing to let it slide.

Or, maybe, the next people to have the honor of walking in space should be given a proper camera crew for their much-hyped debut.