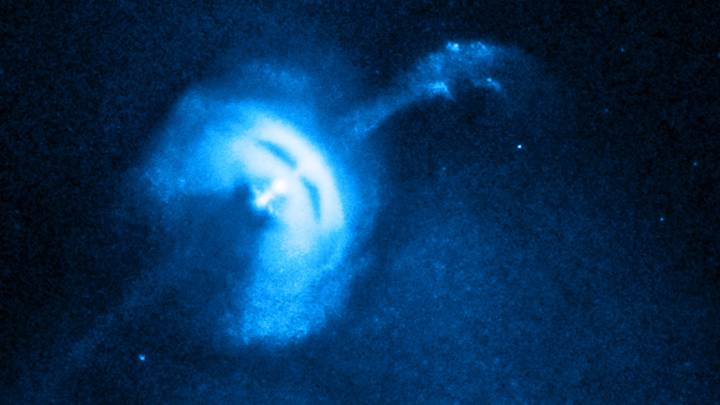 Studying distant objects in space can be tricky for astronomers, especially when those objects begin to do unexpected — and unexplainable — things. Neutron stars are thought to be the most dense objects in space, and scientists have a pretty good handle on how they form. However, the tendency of some neutron stars to “glitch,” or behave erratically, has left astronomers scratching their heads.

Now, a new study published in Nature Astronomy takes a close look at observations of a distant neutron star called the Vela Pulsar and offers an explanation for its own peculiar behavior while helping to explain the inner workings of these interesting objects.

Neutron stars are typically consistent in their rotation, spinning very fast at a constant rate. However, when the stars glitch, they begin to rotate faster, and it wasn’t clear why that happens.

The Vela Pulsar is a favorite target for researchers because it experiences these glitches quite regularly, every few years or so, and observations from its most recent glitch in 2016 held clues that had previously been overlooked. Specifically, the data offered scientists a peek inside the star itself, revealing its structure.

Based on their observations, the researchers believe the star is made up of three distinct components, including a firm outer crust covering an inner “soup” of superfluid neutrons. The study explains that as one layer of this neutron soup pushes against the inside of the crust, the star begins to spin faster. The scientists refer to this as “overshoot.” Then, a second wave of superfluid meets the first, slowing things back down to a more stable state.

This discovery matches some previously-held theories regarding neutron star glitches, but the research raises another puzzling question: Before the glitch in Vela was observed, the star’s rotation seemed to slow down before speeding up to an even higher rate, and it’s unclear how this initial “lag” plays a role in the glitch, but the scientists believe they are likely related.