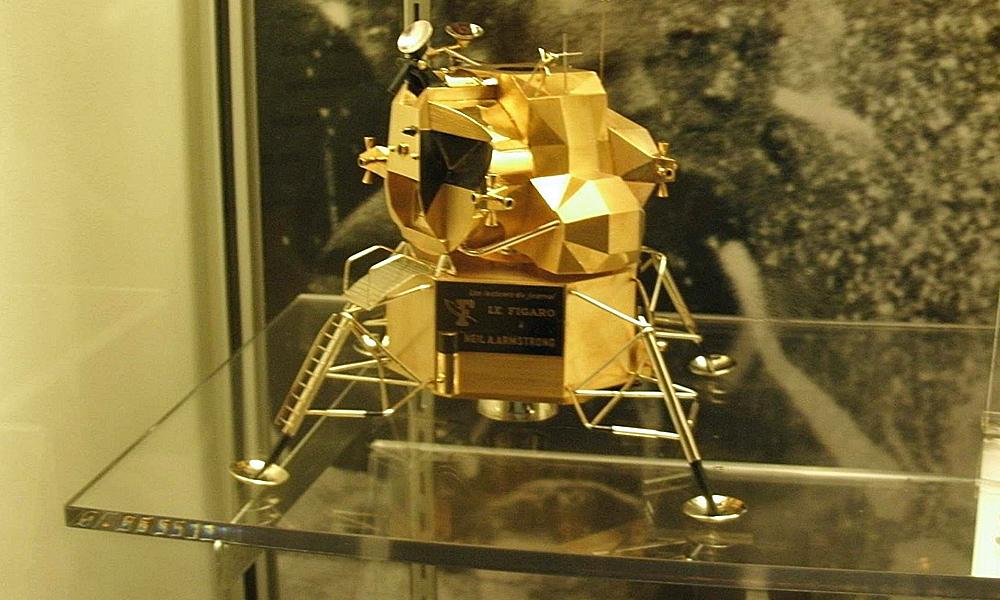 As the first person to walk on the moon, Neil Armstrong is a legend. When he passed away in 2012, the world lost an American hero, scientist, and entrepreneur who received the Presidential Medal of Freedom, Congressional Space Medal of Honor and Congressional Gold Medal, among other awards. His legacy will live on a for a long time, but one revolting human being didn’t care too much about all that, and decided to steal Armstrong’s solid gold lunar lander replica right from a display case in his very own museum.

The pint-sized gold model was gifted to Armstrong in 1969 by a French newspaper who had three of the replicas crafted by luxury designer Cartier. One was given to each of the astronauts of the Apollo 11 mission, Buzz Aldrin, Michael Collins, and of course Armstrong. Armstrong’s was houses in the Armstrong Air & Space Museum in Wapakoneta, Ohio, where it was on display for visitors.

After an alarm tripped at the museum, security arrived to discover one display case empty, and it just happened to be the one containing the solid gold model. Nothing else was stolen in the heist.

“The truth is that you can’t steal from a museum. Museum’s don’t ‘own’ artifacts,” the museum posted on its Facebook page. “We are simply vessels of the public trust. Museums care for and exhibit items on behalf of you, the public. Theft from a museum is a theft from all of us. Three hundred people driving from across the country were robbed of their opportunity to experience the museum today. For every day that an item is missing, we are all robbed of an opportunity to enjoy it and our history.”