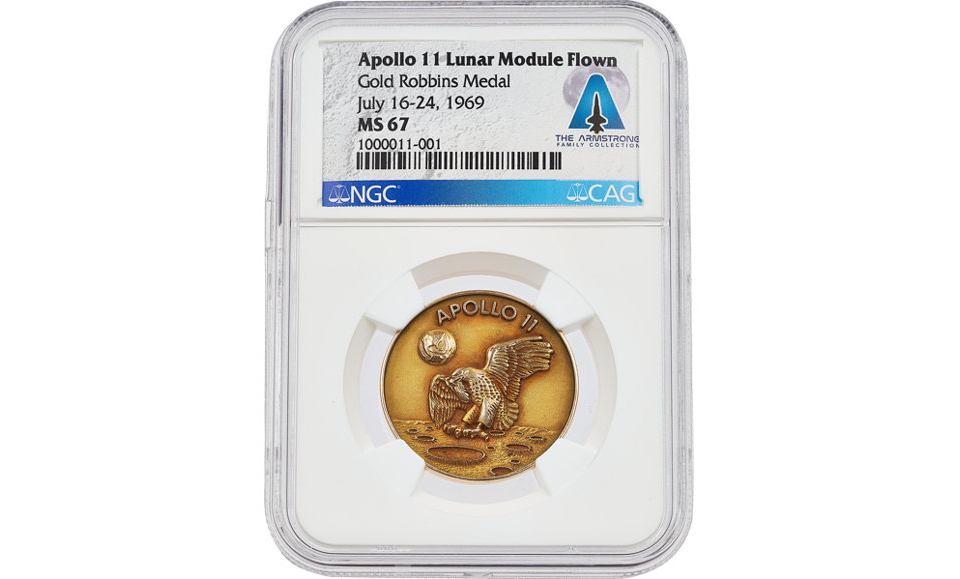 We’re now just days away from the 50th anniversary of the Apollo 11 Moon landing, as well as the 50th anniversary of Neil Armstrong becoming the first human to walk on the lunar surface. With remarkable timing, a number of auctions have popped up over the past month featuring some seriously sought-after NASA relics from sellers hoping to cash in on the hype.

A recent listing by Heritage Auctions included an undeniably cool collector’s item in the form of Neil Armstrong’s personal Apollo 11 gold medal that traveled with the crew to the Moon and then back to Earth. You’d expect such an item to sell for a high price, but when the auction ended, the total was almost unfathomable: $2,055,000.

The relic here is one of just three such medals that traveled to the Moon with the Apollo 11 crew. Its design is an early version of the Apollo 11 mission badge, making it a particularly interesting piece of NASA history.

“Yes, there were three flown on Apollo 11, the first manned lunar landing, but only one belonged to the First Man to Walk on the Moon- this one,” the listing reads. “It will enter the (likely permanent) collection of some astute private individual, museum, or institution. That lucky bidder could be you, an opportunity not to be passed up.”

It seems there was plenty of interest in this particular Moon landing relic, helping to propel it to an absolutely incredible ending price of over two million dollars.

The 50th anniversary of the Apollo 11 landing will come on July 20th, and whoever dropped the insane amount of cash on this fancy medal will be able to watch all the NASA coverage knowing their newly-purchased antique was along for the ride.