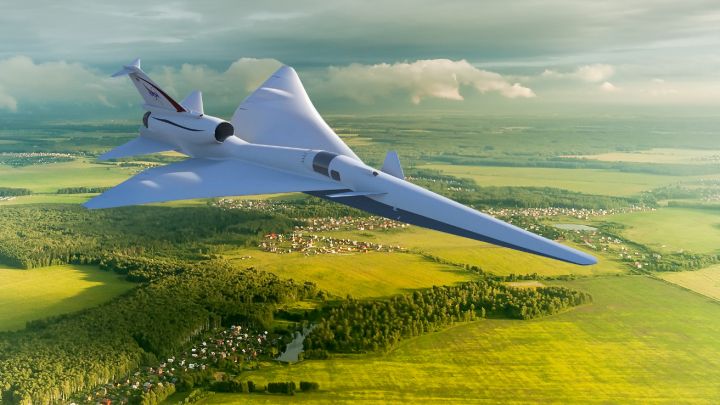 Humans have already mastered the art of going really really fast in the sky, and modern technology has made topping the speed of sound a trivial thing, but there’s one big problem with going supersonic: those dang booms! Now, NASA is planning to test a new method to reduce the startling noise of a sonic boom, and it’s going to use the city of Galveston, Texas, as its proving ground.

NASA has been working hard at figuring out how to make an aircraft go supersonic without shattering windows and scaring people on the ground below. The tests will aim to determine just how loud NASA’s new “quiet” supersonic technology really is, and compare it to the sounds of a traditional sonic boom.

Sonic booms are shockwaves produced by an aircraft when it is traveling over the speed of sound. A number of different things can contribute to just how loud the boom is, including the size of the aircraft and its shape. NASA hopes to crack the secret to much quieter supersonic flights in the hopes that it can cut down on the disruptive sound and make high-speed air travel an easier pill to swallow for people living beneath highly-trafficked routes.

The Concorde, a line of supersonic jets which have long since been discontinued, drew the ire of the public due to its habit of causing sonic booms to roll across the land beneath it. Airlines eventually put a speed restriction on the planes over certain land masses, hampering its appeal as a faster-than-ever option for high-dollar fliers.

To test the feasibility of bringing supersonic travel back, NASA will enlist the help of an F/A-18 aircraft to dive in the skies above Galveston, producing both traditional sonic booms and also simulating the quieter booms that NASA hopes to achieve with its experimental X-59 jet. The agency has recruited citizen observers to provide feedback on how much of a difference they are making, and how the booms compare to each other.

“Once fully tested and pronounced safe to fly within the National Airspace, the X-59 in late 2022 will begin making supersonic flights over select communities to measure residents’ reactions to any noise they might hear,” NASA explains of future tests. “The scientifically valid data gathered from these community overflights will be presented to U.S. and international regulators, who will use the information to help them come up with rules based on noise levels that enable new commercial markets for supersonic flight over land.”