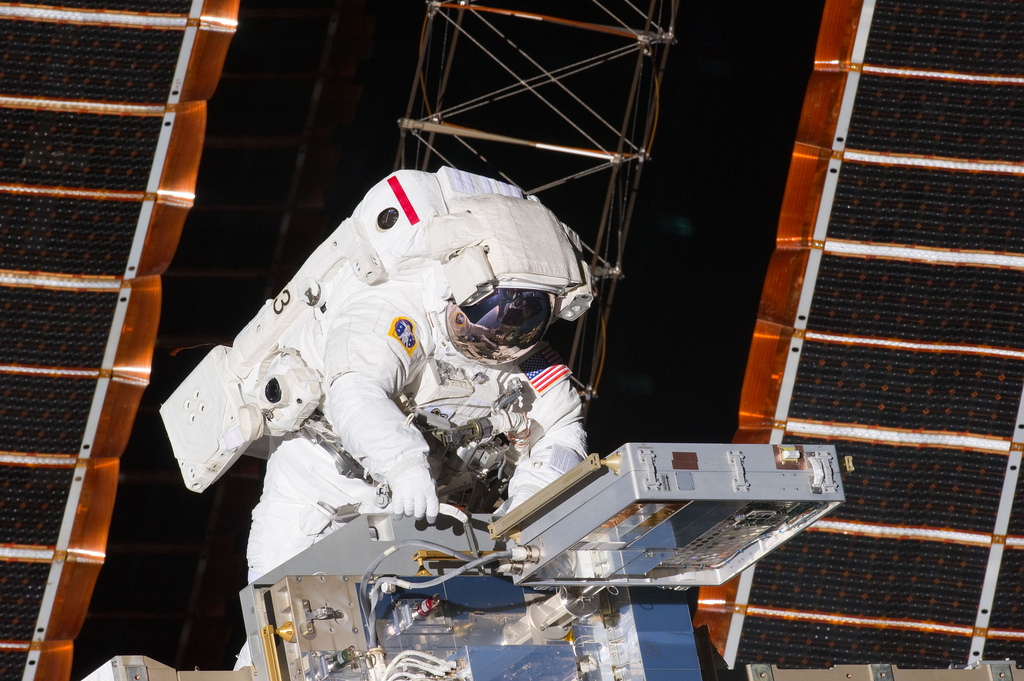 It’s only been a few days since a trio of new International Space Station travelers arrived at the orbiting spacecraft that will be their home for the next several months, but they’re already getting ready to leave it, albeit on a temporary basis. NASA astronauts Ricky Arnold and Drew Feustel are preparing to take the first spacewalk of Expedition 55, which will see them working on the exterior of the ISS for nearly seven hours straight.

As NASA explains in a new blog post, Arnold and Feustel have an important task ahead of them. The pair will spend their full work day installing new communications antennas outside of the space station’s Tranquility module. The spacewalk will begin at approximately 8:10 a.m. ET on Thursday, and NASA will be live streaming the entire thing from start to finish.

Along with installing the new antenna system, the astronauts will swap out a defunct camera on the exterior of the space station for a new one. Both of these tasks are fairly routine, as ongoing maintenance is the key to keeping the ISS in good working order as it inches closer to its 20 year anniversary. The space station has completed well over 100,000 orbits of Earth since it was launched.

Spacewalks occur on a fairly regular basis these days, but that doesn’t make the preparation for them any less intense. The crew has to prep their space suits, tanks, cooling systems, and other features well in advance of actually leaving the confines of the space station, and a long checklist of safety precautions is addressed prior to sending anyone out into the vacuum of space.

While Feustel and Arnold perform their duties on Thursday, two of the space station’s other inhabitants, Japan’s Norishige Kanai and NASA’s Scott Tingle, will be training for the capture of the SpaceX resupply ship which will be making its stop at the ISS next week. The Dragon cargo capsule will be delivering over 5,800 pounds of supplies to the Expedition 55 crew as they begin working on their various scientific objectives.

If you’d like to watch the spacewalk live, NASA TV will be streaming it on all of their various portals. The embedded YouTube window above will host the event, which will begin at around 6:30 a.m. ET on Thursday.