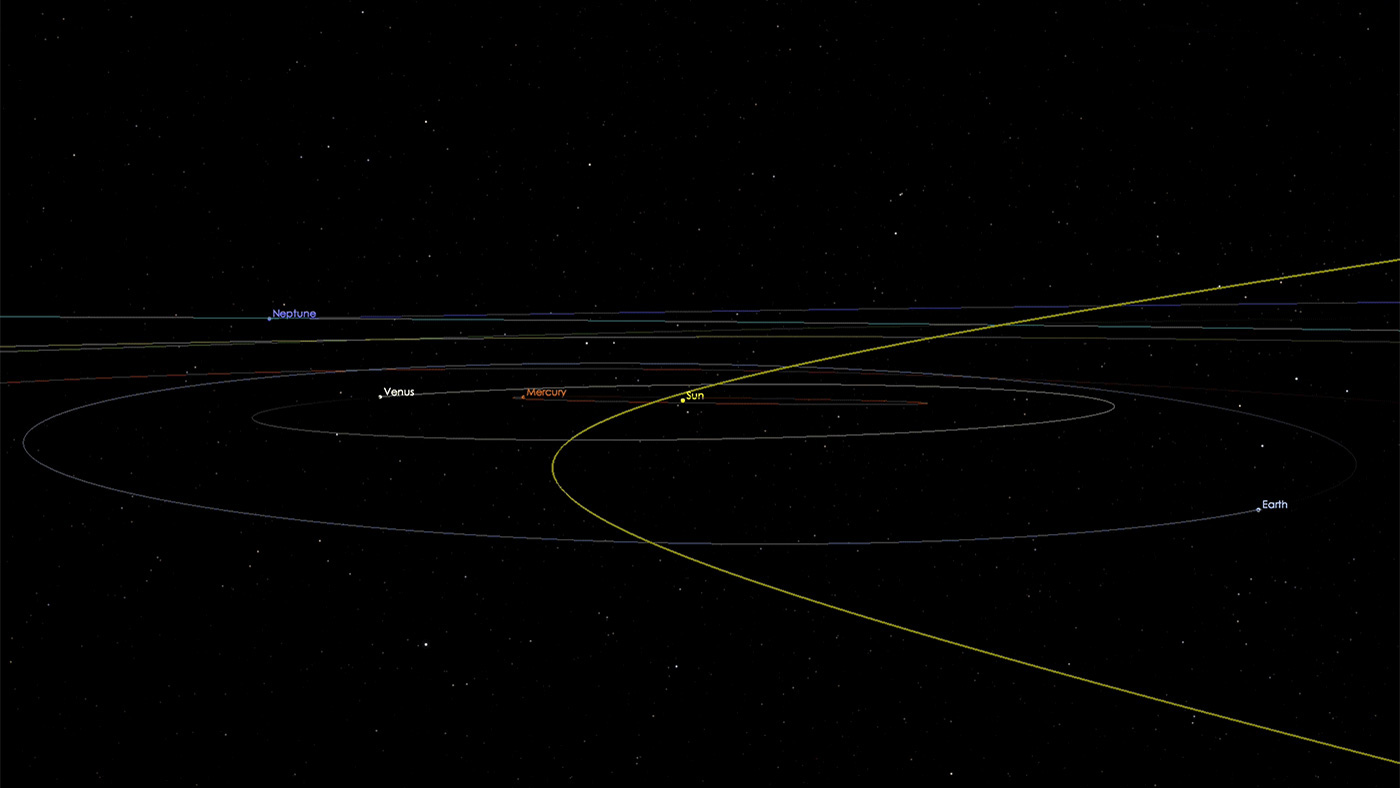 You know what “potentially hazardous” skyscraper-sized Asteroid isn’t going to crash into our planet come February 4th? Asteroid 2002 AJ129, or the space rock that’s as tall as the Burj Khalifa building in Dubai, en route to passing us by at speeds of 67,000 mph.

NASA keeps tracks of all these dangerous space objects for us, and it then assigns the “potentially hazardous” label to anything that comes within 4.6 million miles of Earth. Despite what you may have read on Facebook, however, we’re safe from the giant asteroid that’s set to fly by us early next month.

2002 AJ129 will do a flyby at a distance of more than 2.6 million miles, which is more than 11 times farther from Earth than our beloved Moon, which orbits our planet at almost 239,000 miles. So don’t ask NASA if good old AJ129 will hit us. It won’t, that should be clear despite anything else you might’ve read online.

It will not hit Earth.

If the denial above isn’t enough for you, then you need to read NASA’s own take on AJ128. “We have been tracking this asteroid for over 14 years and know its orbit very accurately,” NASA’s Center for Near-Earth Object Studies at the Jet Propulsion Laboratory manager Paul Chodas said. “Asteroid 2002 AJ129 has no chance — zero — of colliding with Earth on Feb. 4 or any time over the next 100 years.”

In response to several questions, asteroid 2002 AJ129 will safely pass Earth on Feb. 4. At closest approach, it will be at a distance of 2.6 million miles / 4.2 million km — over 10 times the distance between Earth and the Moon. More: https://t.co/ZhYzOXRSfP pic.twitter.com/baJhxv2Dzj

Say something altered AJ129’s path so that it would hit Earth after all. Well, in the unlikely event that might happen, you still shouldn’t be worried about it. There’s nothing NASA, or any other space agency can do to protect us from such a scenario for the time being, other than to predict where the rock will hit so people can be prepared. The agency is looking at ways to change the trajectory of an incoming life-threatening asteroid, but there are no programs in place for the time being. Not even Bruce Willis can save us.

AJ129 is just going to be one of the “potentially hazardous” space objects that will be flying near our planet this year. A video showing the trajectory of AJ129 follows below, and you can read NASA’s full announcement at this link.