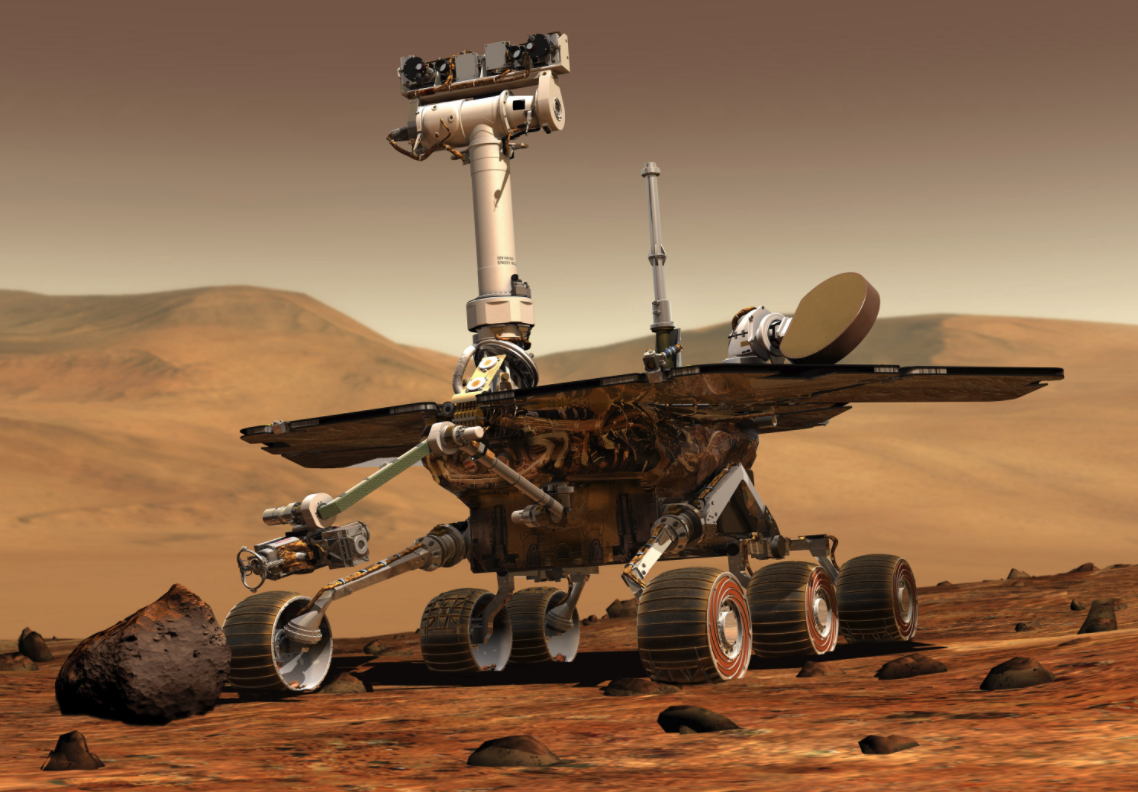 When it comes to NASA hardware, the Mars rover Opportunity might be the most incredible success story in the history of the group. Sure, countless satellites and probes have outlived their intended lifespans and provided scientific data well into their twilight years, but Opportunity is in a league of its own. The rover just celebrated its 14th year on the Red Planet and, in case you’re wondering, that’s almost 14 years longer than NASA had planned.

Opportunity flew skyward on July 7, 2003, and spent the next several months cruising to its eventual landing site. The hearty little robotic traveler touched down on January 25, 2004, and NASA immediately began using it to make observations and relay scientific data about one of our closest planetary neighbors. They moved fast because the rover was only intended to function for 90 days. Today, 14 years later, it’s still carrying out commands from its handlers here on Earth.

Opportunity’s remarkable longevity is a huge achievement, but that’s not to say that the rover isn’t showing signs of its age. Anyone with a smartphone can tell you that batteries don’t last forever, and Opportunity’s power storage systems have been outperforming expectations for some time. Lately, the batteries have shown signs of degradation, but NASA has a plan to squeeze even more life out of them.

The rover is equipped with what NASA calls a “Zero Degree Heater” which is designed to warm the battery if needed. Opportunity’s handlers believe that, by heating the battery as it recharges, it may be more efficient and also curb degradation due to aging. The only problem? It had never actually been used before.

“Opportunity’s batteries have performed very well over the mission’s lifetime but are showing some signs of aging,” the Opportunity team writes. “Martian environment is quite cold and it was suspected that warming the battery during the recharge process may make the battery both more effective and degrade slower. Though never used in flight, the ZDH was intended to do just that-warm the battery. Since it has never been turned on in flight we wanted to be very cautious before using it operationally and so a testing campaign was formulated.”

A brief test earlier this month proved successful, and using the Zero Degree Heater in tandem with the rover’s solar panels could extended Opportunity’s operational life even longer.