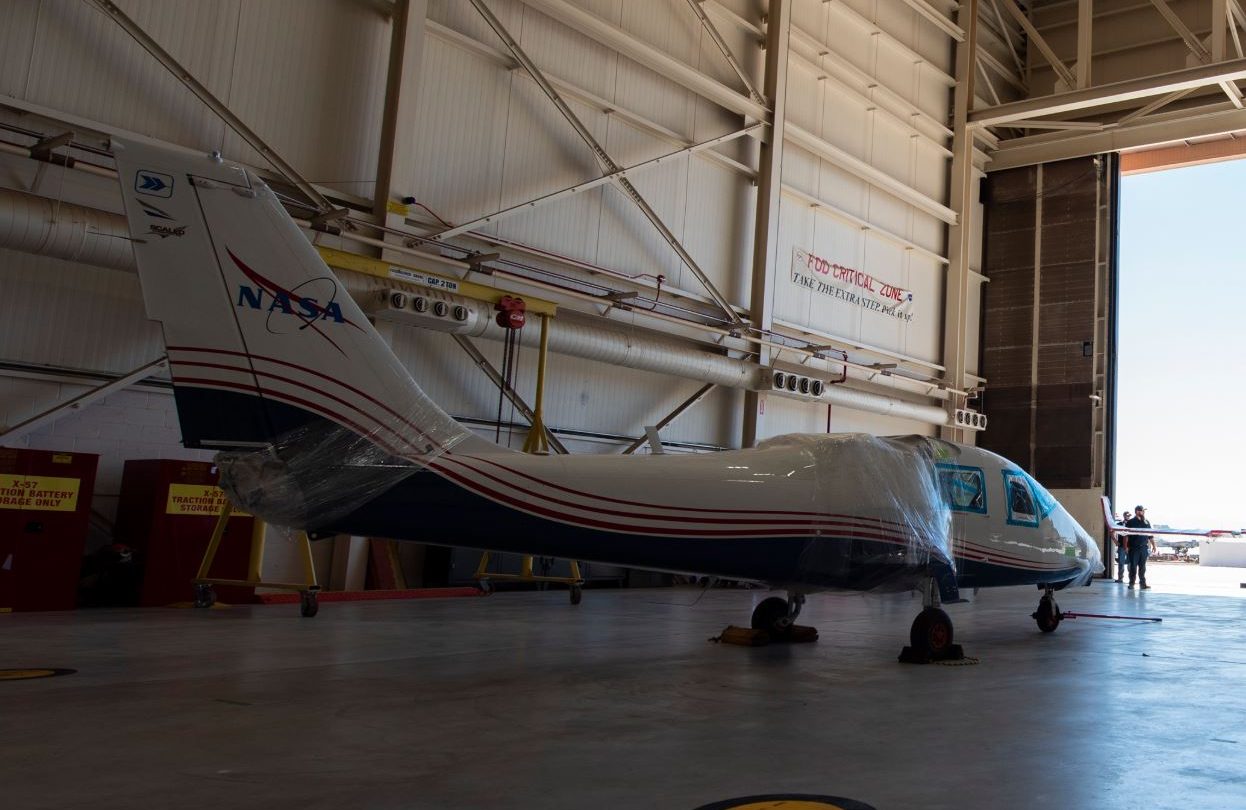 As automakers continue to embrace electric vehicles and more companies pledge to purge their vehicle lineups of gas engines in the coming years, the trend has finally caught on at NASA. NASA doesn’t sell cars, of course, but the space agency does use many fuel-burning machines across its various projects, and its new X-57 Maxwell aircraft is a sign that change is afoot.

The X-57 is an all-electric experimental aircraft that has been in the works for some time. This model was built by ESAero, and as NASA explains in a new blog post, it’s essentially a retrofit on an aircraft design that originally had traditional combustion engines.

The plane started life as a Tecnam P2006T, but instead of being fitted with gas-burning engines that drive its propellers, it dons electric motors that can carry it aloft. This “Mod II” version is a stepping stone for the project, which will eventually produce Mod III and Mod IV versions.

“The X-57 Mod II aircraft delivery to NASA is a significant event, marking the beginning of a new phase in this exciting electric X-plane project,” X-57 Project Manager Tom Rigney said in a statement. “With the aircraft in our possession, the X-57 team will soon conduct extensive ground testing of the integrated electric propulsion system to ensure the aircraft is airworthy. We plan to rapidly share valuable lessons learned along the way as we progress toward flight testing, helping to inform the growing electric aircraft market.”

Now that NASA has the X-57 Mod II on hand it can begin testing the aircraft. The agency says it will first perform ground testing, then taxi trials, and eventually the plane will be taken to the skies to see what it’s capable of.