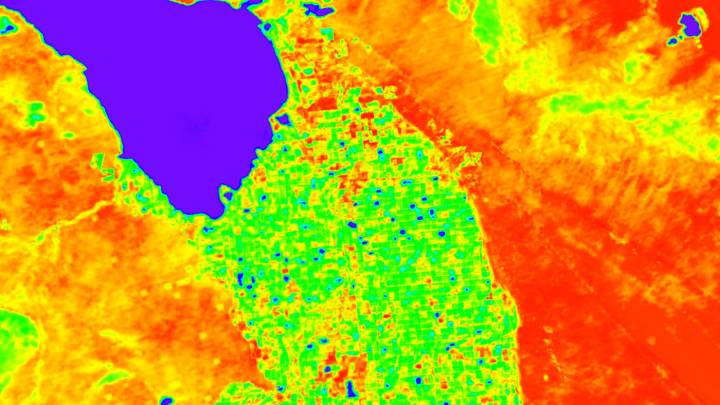 Determining the health of any given plant can often be accomplished simply by examining it, but gauging the overall wellbeing of plants over a large area is a much more challenging task. To help scientists get a better idea of how healthy plants are on a massive scale, NASA is installing a fancy new tool on the International Space Station. The instrument is called ECOSTRESS (which stands for ECOsystem Spaceborne Thermal Radiometer Experiment on Space Station, in case you were wondering), and it might even help predict droughts.

The tool is expected to launch to the International Space Station on June 29th, aboard a SpaceX cargo resupply ship, at which point it will be unpackaged and installed on the station’s exterior. Once installed, it will gaze towards Earth and take detailed readings of the temperature of plant life. Those temperature readings, NASA says, are an important indicator for how well plants are doing.

“ECOSTRESS will allow us to monitor rapid changes in crop stress at the field level, enabling earlier and more accurate estimates of how yields will be impacted,” Martha Anderson, a member of the ECOSTRESS science team, explains in a NASA article. “Even short-term moisture stress, if it occurs during a critical stage of crop growth, can significantly impact productivity.”

The data will give experts a better idea of how much water crops are using over various periods of time. When plants begin to show signs of water stress they will appear warmer, and that information could be relayed to farmers and others in the agriculture community as an early warning of trouble.

“As water resources become more critical for our growing population, we need to track precisely how much water our crops need,” Josh Fisher of NASA’s Jet Propulsion Laboratory, and ECOSTRESS science lead, explains. “We need to know when plants are becoming susceptible to droughts, and we need to know which parts of the ecosystem are more vulnerable because of water stress.”

NASA says the ECOSTRESS instrument can pull double-duty by observing heat trends over large areas and even tracking the development of wildfires or volcanic activity.