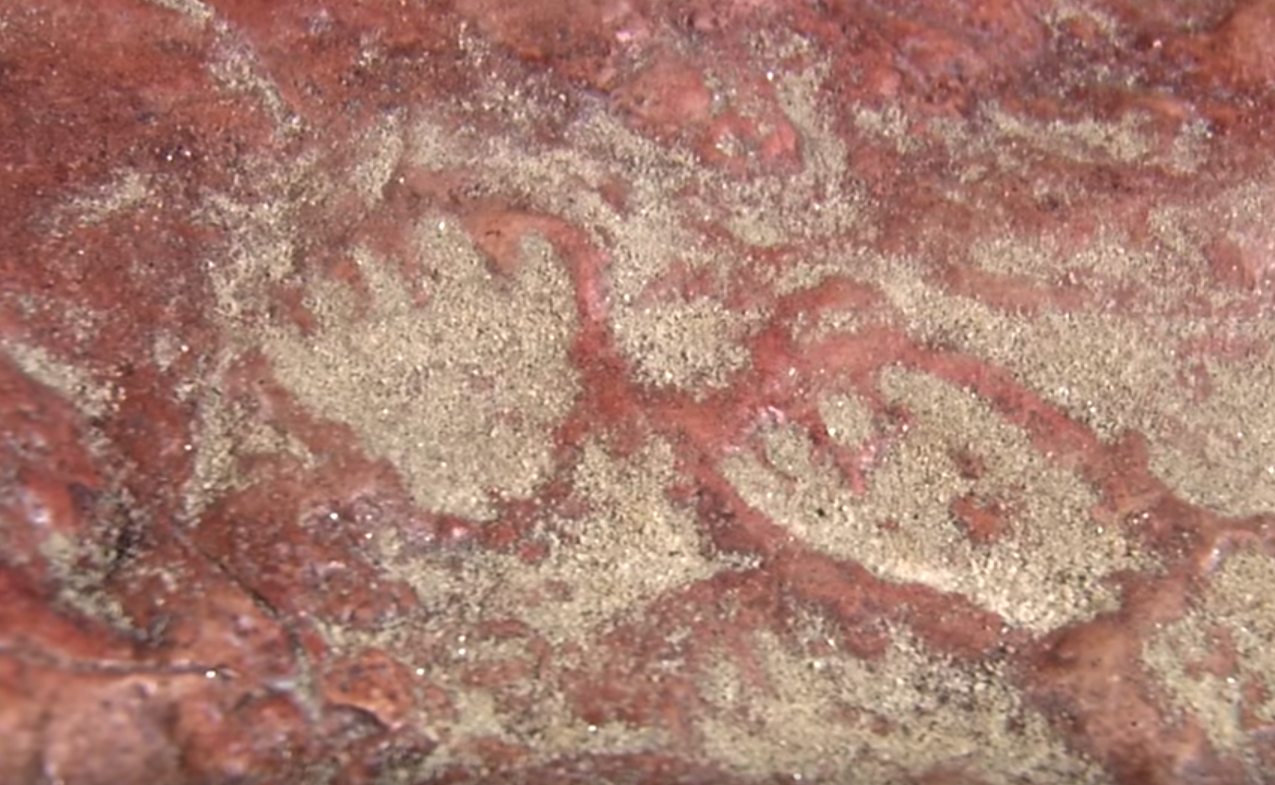 When you think about the best places to find evidence of dinosaurs, the grounds surrounding a NASA facility probably aren’t the first thing that comes to mind. Paleontologist Ray Stanford clearly thinks different from the rest of us, because he decided to investigate the land around NASA’s Goddard Space Flight Center in search of clues suggesting that dinosaurs were once prevalent in the area. Miraculously, his hunch was right, and the land in NASA’s backyard is packed with fossilized dinosaur tracks.

Stanford’s quest for dinosaur evidence began way back in 2012 when he happened to notice a huge, bizarre-looking rock near the NASA facility where his wife works. After closer inspection he realized the rock was actually covered in dinosaur footprints.

Other paleontologists were brought in to help with further the research and in a new paper published in Scientific Reports they reveal the discovery of fossilized prints of over 70 different ancient animals. It’s being considered one of the most robust collections of prehistoric footprints ever discovered, and it was sitting right under NASA’s nose the entire time.

The dinosaur age has met the space age at NASA Goddard. A slab of sandstone discovered at Goddard contains at least 70 mammal & dinosaur tracks from more than 100 million years ago: https://t.co/uc2iJaddv0 pic.twitter.com/NgCSDWXuLv

You can’t really blame NASA for missing the tracks, as they’re typically more focused on looking up than looking down, and it definitely hasn’t stopped paleontologists from celebrating the find.

“The concentration of mammal tracks on this site is orders of magnitude higher than any other site in the world,” Martin Lockley of the University of Colorado, Denver, and co-author of the work, says. “I don’t think I’ve ever seen a slab this size, where you have over 70 footprints of so many different types. This is the mother lode of Cretaceous mammal tracks.”

The researchers believe the tracks date to the Cretaceous period, meaning that they are anywhere from 79 million to 145 million years old. The footprints range from massive adult dinosaurs to babies and various mammal tracks. NASA hasn’t had great luck finding evidence of ancient life on Mars or elsewhere in our Solar System, but it seems they definitely have a knack for dinosaur hunting, even if they didn’t know it.