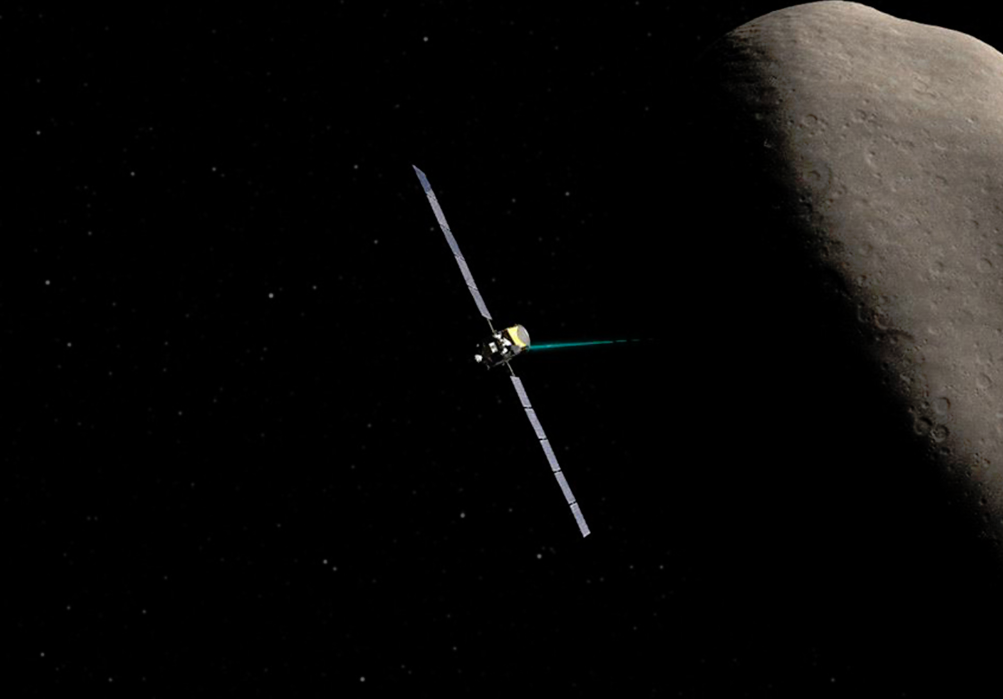 It was only just yesterday that NASA announced its Kepler space telescope had officially been declared dead, and now there’s another long-running mission that has also met its demise. Today, NASA revealed that the Dawn spacecraft, which was studying some of the larger objects in our Solar System’s asteroid belt, has also run out of fuel.

The craft, which launched back in 2007, had already outlived its planned lifespan, so this news isn’t entirely unexpected, but the fact that it comes immediately after the death of the Kepler telescope is something of a sad coincidence.

The Dawn orbiter has been flying around the dwarf planet Ceres for some time now. Back in July, the machine shot back some really fantastic images of the surface of the tiny world:

Dawn’s engineers reported that it missed its scheduled communication check-ins two days in a row, and indicating that it had finally exhausted the supply of fuel that was projected to run dry as early as a couple of years ago. Now that it’s no longer capable of communicating, much less maneuvering, it is expected to remain in orbit around Ceres for decades or longer.

“Today, we celebrate the end of our Dawn mission – its incredible technical achievements, the vital science it gave us, and the entire team who enabled the spacecraft to make these discoveries,” NASA’s Thomas Zurbuchen said in a statement. “The astounding images and data that Dawn collected from Vesta and Ceres are critical to understanding the history and evolution of our solar system.”

As NASA explains, the spacecraft has traveled an incredible distance during its 11+ years in space. By the time the spacecraft ran out of fuel it had around 4.3 billion miles under its belt.

The spacecraft itself may indeed be dead, but Dawn’s contribution to science is far from over. The incredible amount of data sent back by the craft during its many years in space still holds secrets that scientists hope to find in the coming years.