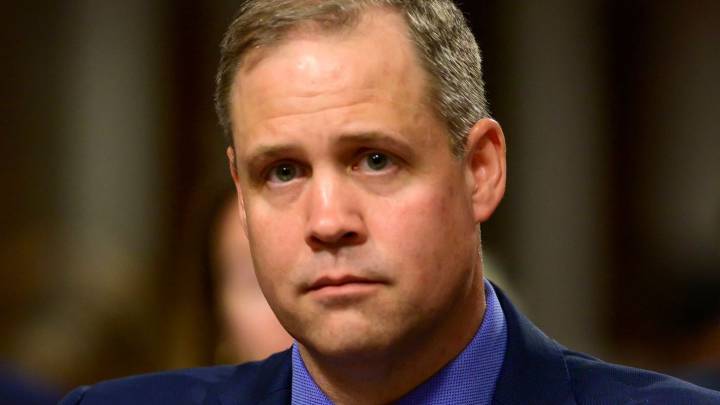 So, NASA wants to go back to the Moon. It’s wanted to do it for a while now and has been slowly piecing together how such a trip might happen, but that was before the current administration ordered NASA to get boots on the moon by 2024 or else.

Now, with a drastically shortened timeline, NASA has to figure out how to fast-track a return to the lunar surface. To do that, the agency is going to need a whole heap of cash that it really doesn’t have. NASA has proposed an increase to its current budget, and while it waits to see if lawmakers will approve it, it’s reminding everyone that without another $20 billion to $30 billion, there will be no Moon visit in 2024.

Speaking with CNN Business, NASA administrator Jim Bridenstine reiterated the agency’s dire financial needs while reminding us all why NASA wanted to go back to the Moon in the first place.

The Moon, Bridenstine says, is like a stepping stone on the way to Mars. NASA’s long-term goal is to get humans to Mars safely and efficiently, but it’s going to need to test a lot of its more advanced technologies before it makes the trip. The Moon, it seems, is a perfect testbed for that.

As for whether or not NASA will end up being able to pull off the 2024 mission, Bridenstine still can’t say for certain. Unfortunately for NASA it’s largely out of their hands at the moment.

“We’re negotiating within the administration,” Bridenstine told CNN. “We’re talking to [the federal Office of Management and Budget]; we’re talking to the National Space Council. Once we come to a determination within the administration we will, of course, take that over to the Hill and make sure that our members of Congress are interested and willing to support that effort.”

NASA was going to go back to the Moon anyway, but it wasn’t planning on doing it so rapidly. This will likely be a major sticking point when trying to make its case to lawmakers, many of whom see the fast-track Moon mission as a vanity project of the Trump administration.