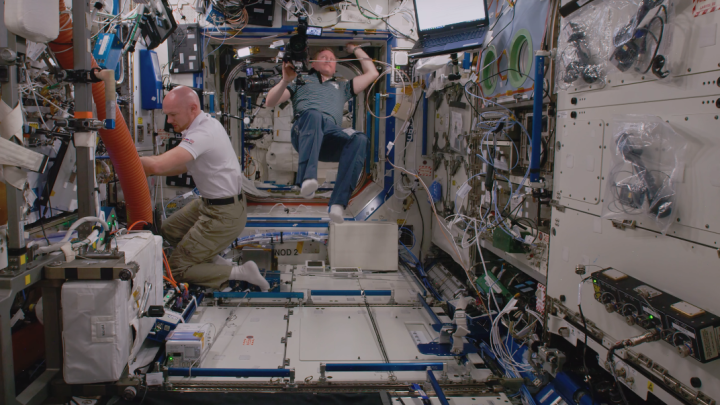 Depending on how serious you are about your home entertainment, you might not even own a 4K TV yet. If that’s the case, you can hardly be blamed, as the vast majority of television programming hasn’t adopted the format yet either, but that’s not stopping NASA from pushing the envelope with a video so high-res that you probably don’t own a screen that can display it at its full resolution.

In a new post, NASA shows off what it says is the very first 8K video footage shot in space. At over three minutes long, there’s a whole lot to see here, but don’t expect to fully appreciate the stunning detail without a seriously high-res display at your disposal.

“Science gets scaled up with the first 8K ultra high definition (UHD) video from the International Space Station,” NASA writes. “Get closer to the in-space experience and see how the international partnership-powered human spaceflight is improving lives on Earth, while enabling humanity to explore the universe.”

That short description really under-sells how awesome the video is. You get to see super high-def footage from inside the International Space Station as well as many sights that pass by the outside. There’s several shots of various experiments being conducted, as well as daily life aboard the spacecraft. It’s a very cool glimpse into the lives of the astronauts who spend their days orbiting Earth for months on end in the pursuit of science.

“This new footage showcases the story of human spaceflight in more vivid detail than ever before,” Dylan Mathis, comms manager for the ISS, said in a statement . “The world of camera technology continues to progress, and seeing our planet in high fidelity is always welcome. We’re excited to see what imagery comes down in the future.”

The camera used to shoot the footage was actually delivered to the space station way back in April, but NASA finally got around to actually turning the video into a nice montage in honor of the anniversaries of the ISS launch and human habitation of the spacecraft, both of which come around every November.