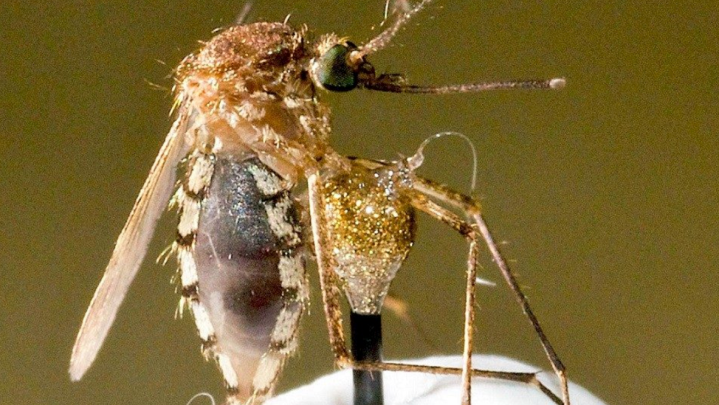 Mosquitos are the worst. They are easily one of the most annoying insects on the planet, and you feel their effects long after they’ve stolen a bit of your blood. They have been linked to the spread of life-threatening diseases and warm summer nights, beach trips, and camping excursions can be completely ruined by them. That’s why when I read about researchers torturing mosquitos in the name of science I felt a sick, evil kind of satisfaction. I’m not proud of it, but it is tangible, and you’re probably going to feel the same way.

An international group of scientists have been working on figuring out how the feeding mechanism of a mosquito functions. Everyone knows that the bugs use tiny, needle-like appendages to pierce the skin of a host and suck up their blood, but the actual suction action has only been vaguely understood for far too long. To get to the bottom of things, the team captured a whole bunch of the bugs in a wooded area and then proceeded to put them through a gauntlet.

To start, the scientists starved the bugs for two full days. That might not seem like a long time, but it’s absolute agony for bugs who spend the entirety of their brief lives sucking blood and laying eggs. Once the mosquitos were good and hungry, the scientists doused them with nitrogen gas to effectively knock them out. This is where things start to turn into an insect horror movie.

What do you do with a bunch of starved, unconscious mosquitos? You glue them down, of course! Using nail polish (???), the researchers glued the abdomen of each mosquito to the head of a pin so they were completely immobilized. When the doped-up bugs snapped out of their nitrogen fog they were stuck there, starving, waiting for sweet death to take them. The scientists had other plans.

Each bug was stuck sucker-first into a sugar-based liquid that they had no choice but to suck up. Having not eaten for what seemed like an eternity, the bugs gulped down the liquid while the scientists watched their insides via an x-ray camera. They discovered that a twin pair of pumps in the head of the mosquitos allow for a rapid method of feeding that they call “burst mode,” which allows them to eat quickly, potentially aiding in their full-bellied escape.

“We found that these two pumps in the mosquito’s head allow for a secondary ‘burst mode’ of feeding,” Jake Socha of Virginia Tech, senior author of the work published in Scientific Reports, explains. “This burst mode involves a single, large-volume intake of fluid, which is something that had never been observed before. It potentially gives an insect with two pumps more options and allows for multi-modal feeding, as well as functional flexibility.”

This fast feeding style, in which the insects use one pump to take a massive gulp, is up to 27 times faster than when the mosquitos are feeding normally, with the two pumps working in tandem. Going forward, the scientists believe the pump system employed by the bugs could help advance the design of drug delivery systems for humans.