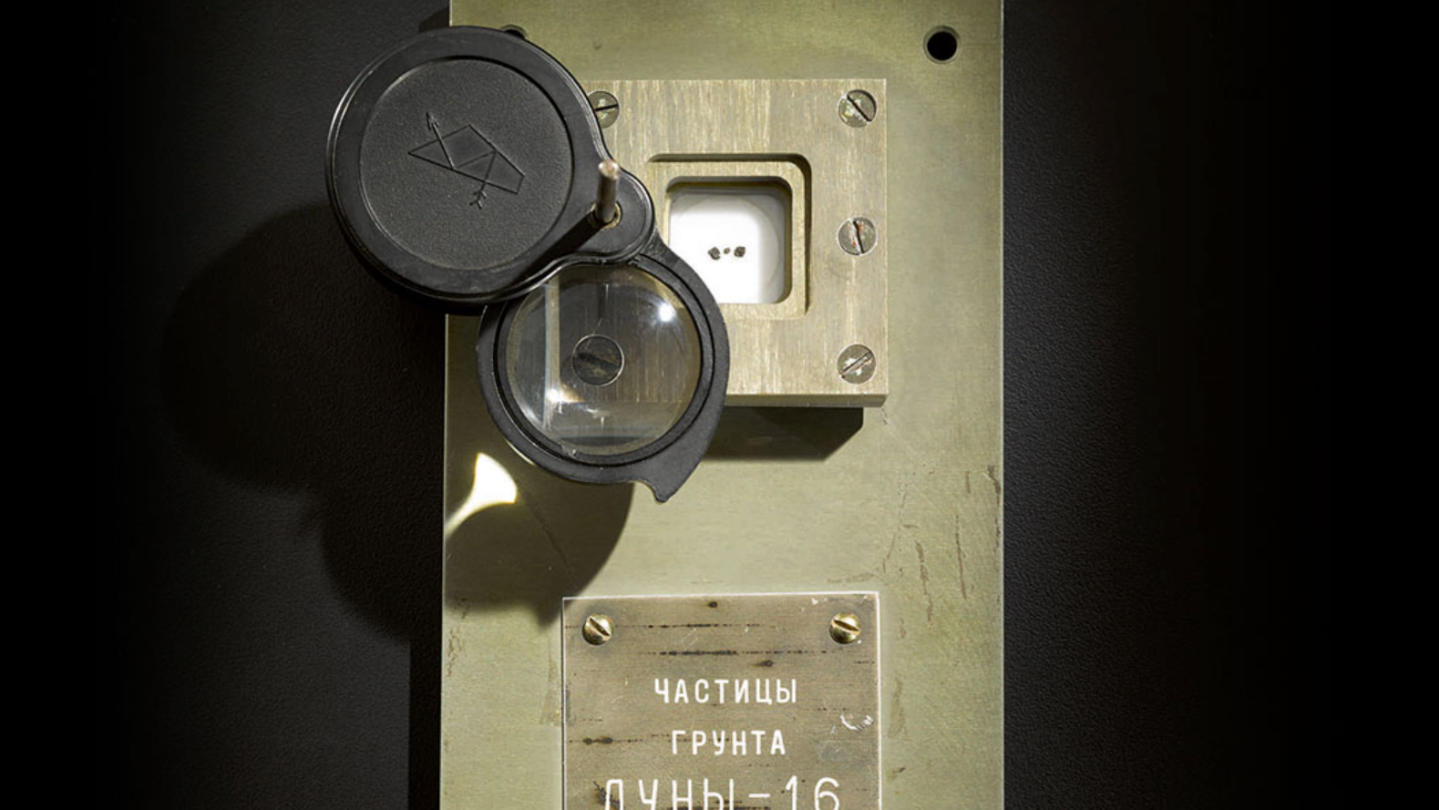 We’re all pretty familiar with the Moon from a very young age. It’s usually one of the first topics talked about in our earliest science classes in school, and we can see it most nights just by gazing skyward. But actually holding a piece of it in your hand is something that only a privileged few can claim they’ve done.

Now, a trio of Moon pieces is hitting the Sotheby’s auction block that will offer some lucky person the chance to own a piece of Earth’s largest natural satellite — as long as their pockets are deep enough.

As CollectSpace reports, the lunar pebbles were originally under ownership of the Russian space program before being gifted to the widow of a top official who oversaw some of Russia’s major accomplishments in the space race. The rocks are part of a sample that was returned by Soviet-era lunar probes, and they remain the only lunar samples that were intentionally handed over to a private citizen.

This won’t be the first time the pebbles find themselves at auction however, as they were originally sold to a private collector 25 years ago for a price of $442,500, also via Sotheby’s. The price this time around is expected to to be significantly higher, possibly approaching or surpassing the $1 million mark.

“The sale of this item is exciting for me because I remember when the rocks first came up in 1993 and it was a huge deal,” Cassandra Hatton of Sotheby’s told CollectSpace. “To have the opportunity to be involved with offering the same item again is really tremendous.”

It’s hard to imagine someone paying so much for something so small, and these rocks are indeed quite tiny. They’re so small that the case in which they were originally presented (and still reside in) includes a built-in magnifying glass in order to examine them. Still, it’s a piece of the’ Moon we’re talking about here, so it’s still a pretty special item.