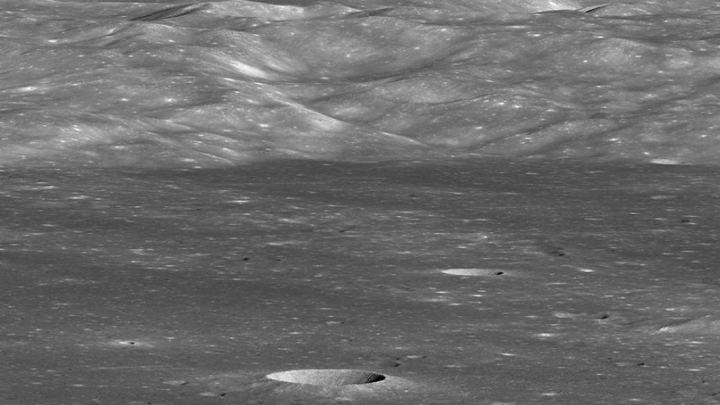 When you look at the dusty white and gray surface of the Moon it’s hard to know exactly what you’re looking at. Here on Earth, the surface is covered in much more colorful soil, sand, or rocks. So what is the Moon’s pale surface hiding? According to new research conducted by NASA’s Lunar Reconnaissance Orbiter, there’s apparently a lot more metal on the Moon than was previously thought.

The LRO is a pretty amazing piece of equipment, and it’s equipped with a radar that not only reveals some of the interesting geographical features of the Moon’s surface but can also offer a hint as to what is lying beneath. NASA says that new evidence points to higher levels of iron and titanium than scientists had realized.

The research, which was published in the journal Earth and Planetary Science Letters, focused on readings taken from scans of large craters on the lunar surface. These impact craters have the capacity to reveal what the Moon is truly made of deep down and offer researchers information that could hint at its origins.

“Substantial evidence points to the Moon as the product of a collision between a Mars-sized protoplanet and young Earth, forming from the gravitational collapse of the remaining cloud of debris. Consequently, the Moon’s bulk chemical composition closely resembles that of Earth,” NASA explains. “Look in detail at the Moon’s chemical composition, however, and that story turns murky. For example, in the bright plains of the Moon’s surface, called the lunar highlands, rocks contain smaller amounts of metal-bearing minerals relative to Earth.”

However, the composition readings from within deep craters suggest that the surface is hiding its metal underground. Using the Mini-RF instrument on the LRO, the team measured the capacity of the material to transmit electricity, which is also a measurement of the metals present. The team found that craters between 3 miles and 12 miles wide had a consistent measurement, but smaller craters were more metallic based on how large they were.

This suggests that once you dig down deep enough, the Moon’s metallicity is relatively uniform, and potentially a lot more like Earth than had previously been assumed. These findings may support the theory that the Moon was created after a collision between a young Earth and a much larger object, like another planet.

In such a scenario, we’d expect to see a lot of Earth-like material in the Moon’s guts, so to speak. The team plans to continue to scan craters in different areas to see just how similar they are, and provide additional evidence to either support or dismiss one or more theories of Moon formation.