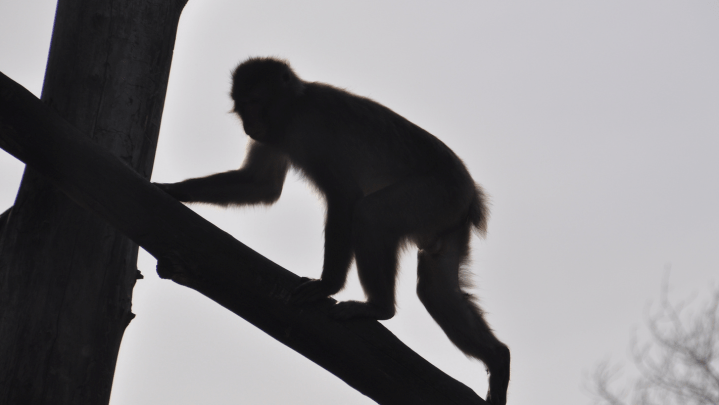 The monkeys at your local zoo might look like a playful bunch, but a village in northern India is being harassed by primates that are far less friendly. A new report out of the region details the death of Dharampal Singh, a 72-year-old man who was actually murdered by a group of monkeys that attacked him with bricks.

The elderly man was reportedly gathering wood when the monkeys, armed with bricks they had scavenged from a nearby building, began assaulting him from their perch on top of a tree. The animals apparently threw the bricks down from a considerable height, and the multiple impacts did enough damage to ultimately take his life.

According to the Times of India, the monkeys are a huge problem in the village and residents routinely complain about their presence. The animals are protected by law, but this particular group would seem to be a pretty special case. Locals describe the monkeys making their lives “a living hell,” but the police have been left scratching their heads.

Relatives of the deceased man want some measure of justice to be done but law enforcement has no precedent to follow for this type of situation. ““How can we register the case against monkeys? This will make us a laughingstock,” local police officer Chitwan Singh reportedly said. “I don’t think it is a logical demand.”

The officer went on to explain that the police had investigated the incident and that an autopsy on the man was also performed.

The police are essentially powerless in this particular case. The man’s was pelted with over 20 bricks, and when he was found he was brought to a local hospital where he passed. The report doesn’t note whether the attack was witnessed by anyone, and even if it was it would be difficult to identify the monkeys that were actually responsible.