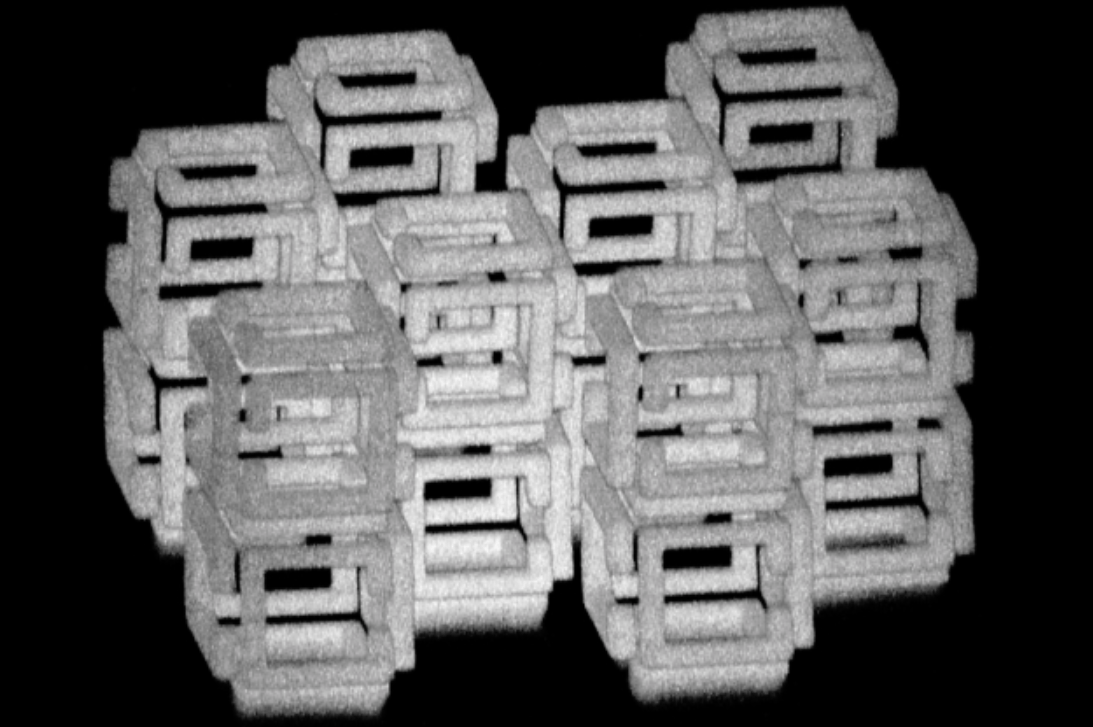 In science fiction, “shrink rays” are the easiest way to turn a large object into something much, much smaller, but here in reality things aren’t that simple. Creating so-called “nano-scale” versions of objects is a difficult task that researchers at MIT aimed to make a bit easier, and the result is a new system that allows scientists to effectively shrink three-dimensional structures to one thousandth their original size.

In creating this new system, MIT professor Edward Boyden and his students started with a technique that is actually used to make things bigger. It’s called expansion microscopy, and it’s used to increase the size of cells and tissues by embedding the biological material with a polymer gel that causes it to grow in size.

In developing a system for shrinking 3D objects, the researchers used a similar technique in reverse. First, a polymer scaffold is created that is used as a 3D canvas for attaching other particles. Those particles — which can be anything from metal to biological molecules — are arranged in whatever shape is desired and attached using light-sensitive “anchors.”

Once the desired shape has been constructed the structure is exposed to an acid that forces the polymer to contract, shrinking the object down by as much as 1,000 times.

The technique is highly adaptable and could be useful in many different applications. For now, the researchers suggest that it could see use in the production of camera lenses as well as components for microscopes or endoscopes. Farther down the road, the team says it could even help build nano-scale robots. Perhaps a “grey goo” apocalypse is in the cards for humanity after all?