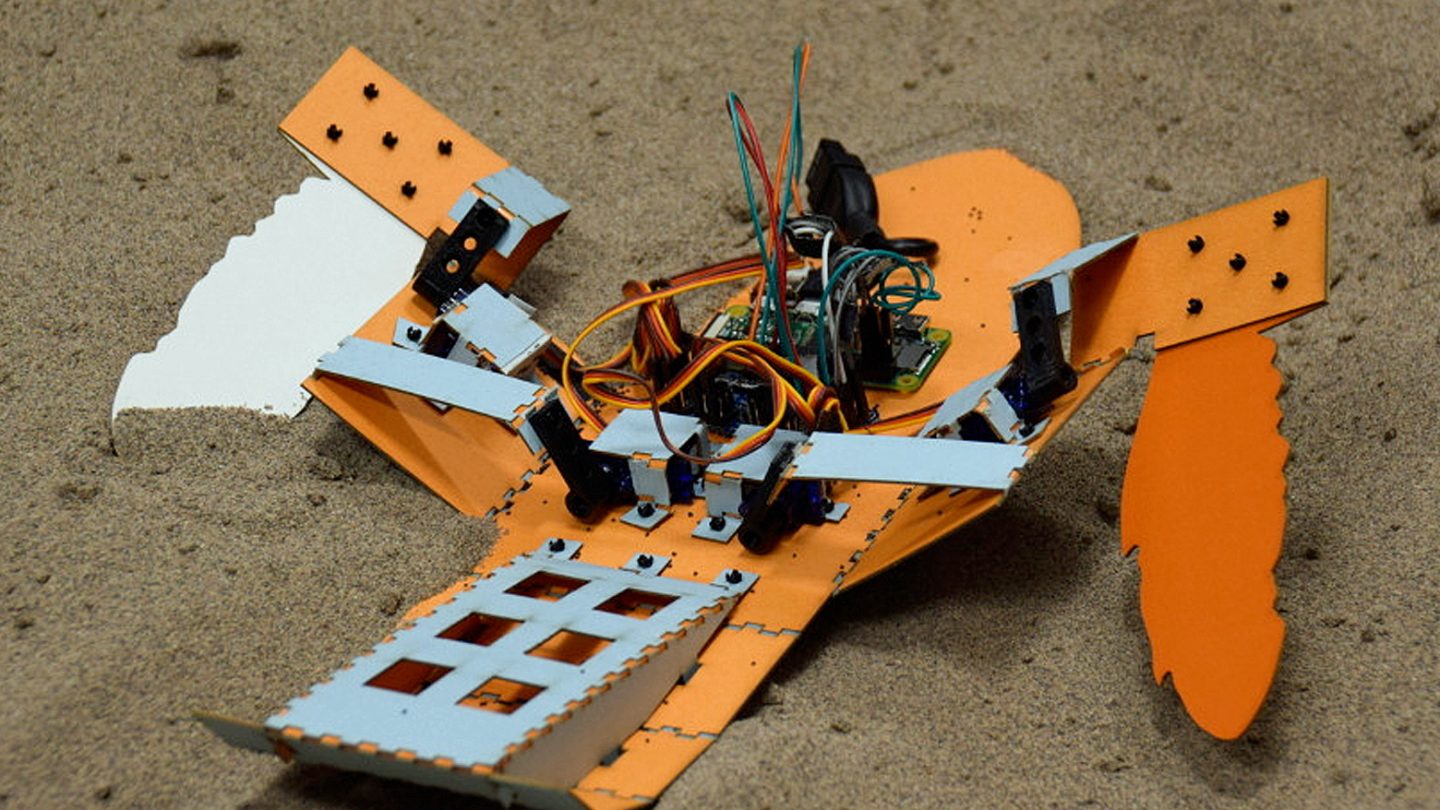 Landmines are extremely hazardous anywhere they’re deployed, and oftentimes the dangerous weapons remain buried long after military conflicts are resolved or the front lines are pushed in a different direction. Minesweeping is, as you might expect, an deadly task as well, but researchers from Arizona State University think they might have a solution: turtle robots.

Designed with disposability in mind, these pint-sized bots can crawl along various types of dusty, sandy terrain in search of landmines. They could be deployed by the dozens, with up to 100 of the bots crawling slowly across minefields and tagging them as they are discovered so they can be defused or destroyed later. The robots are largely autonomous, and can actively adapt their crawling technique to suit different types of sand, adding to their usefulness.

Most importantly, the bots are extremely cheap to produce, with total assembly costs of only about $80 per robot. They’re build primarily of folded cardboard, which takes the vague shape of turtle flippers, and is then combined with the motors and computer components that bring them to life. So, even if one or more of the turtle bots ends up on the wrong end of a landmine detonation, it won’t cost and arm and a leg to replace them.

Researchers are currently testing the bots and training them in the Arizona desert, and they hope one day to be able to deploy them in areas where landmines remain a big problem for both military personnel and civilians.