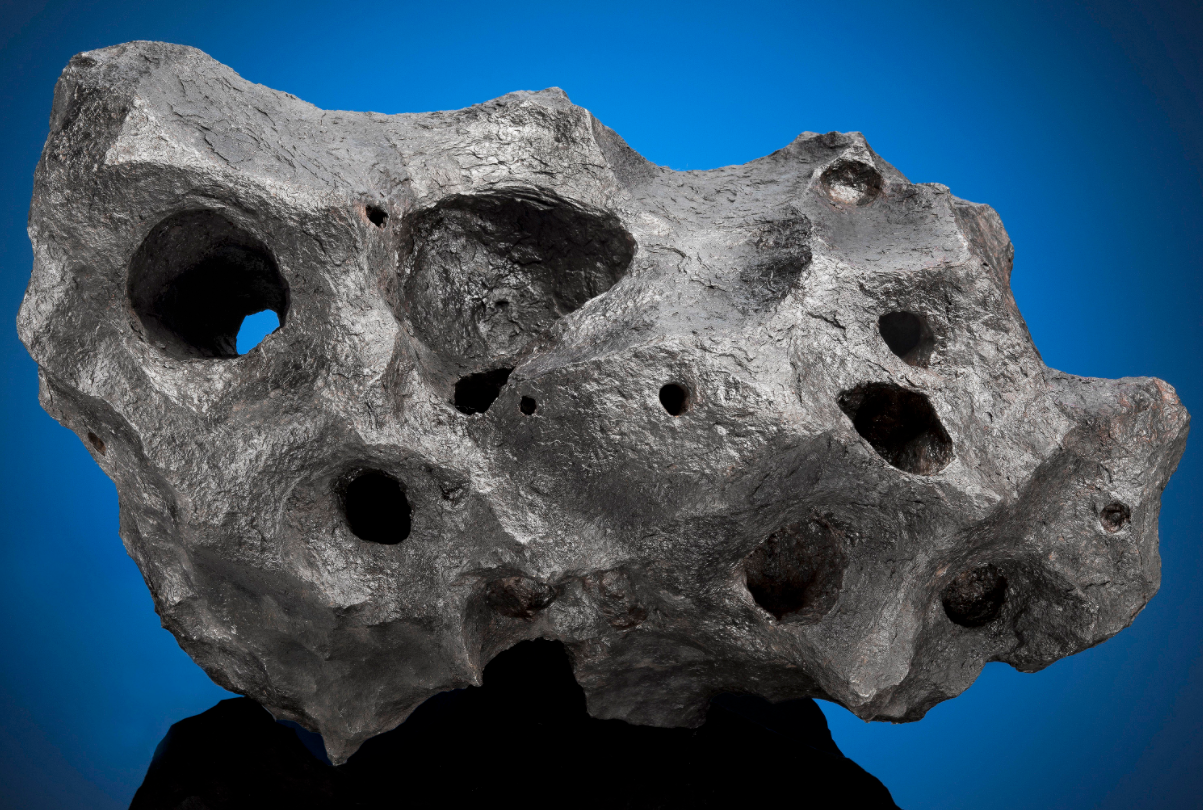 Money might not grow on trees, but it most certainly does fall from the sky. Meteorite hunting might sound like a quirky pastime but it can be an incredibly lucrative endeavor if you’re willing to part with the precious space rocks you come across. The latest example of this is a foot-long chunk of warped, jagged iron that arrived on Earth some 50,000 years ago and just scored a record-breaking auction price of $237,500.

The rock is thought to be a fragment of the object that created the famous Meteor Crater in Arizona, which has long been a hot spot for space rock enthusiasts. The massive bowl-shaped impression in the Arizona desert, which was long called the Canyon Diablo Crater, is one of the most recognizable on the planet, and relics scavenged from the site fetch huge sums of money.

The mangled meteorite chunk, called the Matchless Canyon Diablo Meteorite, went on the auction block at Christie’s. Early estimates put its final sale price at anywhere between $100,000 and $250,000. The final sale price is obviously on the higher end of that range, but considering the rock’s pedigree it’s hardly a surprise.

Also factoring in to the appeal of the piece is its very unusual shape. Called a “natural sculpture from outer space” by Christie’s, the meteorite is instantly recognizable as an otherworldly artifact.

“An uncommon smooth metallic surface delimits a somewhat ellipsoidal metallic abstract form,” the auction description notes. “Numerous sockets and perforations abound in a very-rarely-seen proximity. Wrapped in a gunmetal patina with splashes of cinnamon and platinum-hued accents, this is among the most aesthetic iron meteorites known.”

The object measures an impressive 13.5 inches long and 8 inches wide, making it a particularly large example. It weighs a whopping 70 pounds. Its size, shape, and history were the perfect storm for collectors and the price reached a record-breaking level. The identify of the buyer was not revealed, but it’s safe to assume they have a great interest in space and a bank account to match.