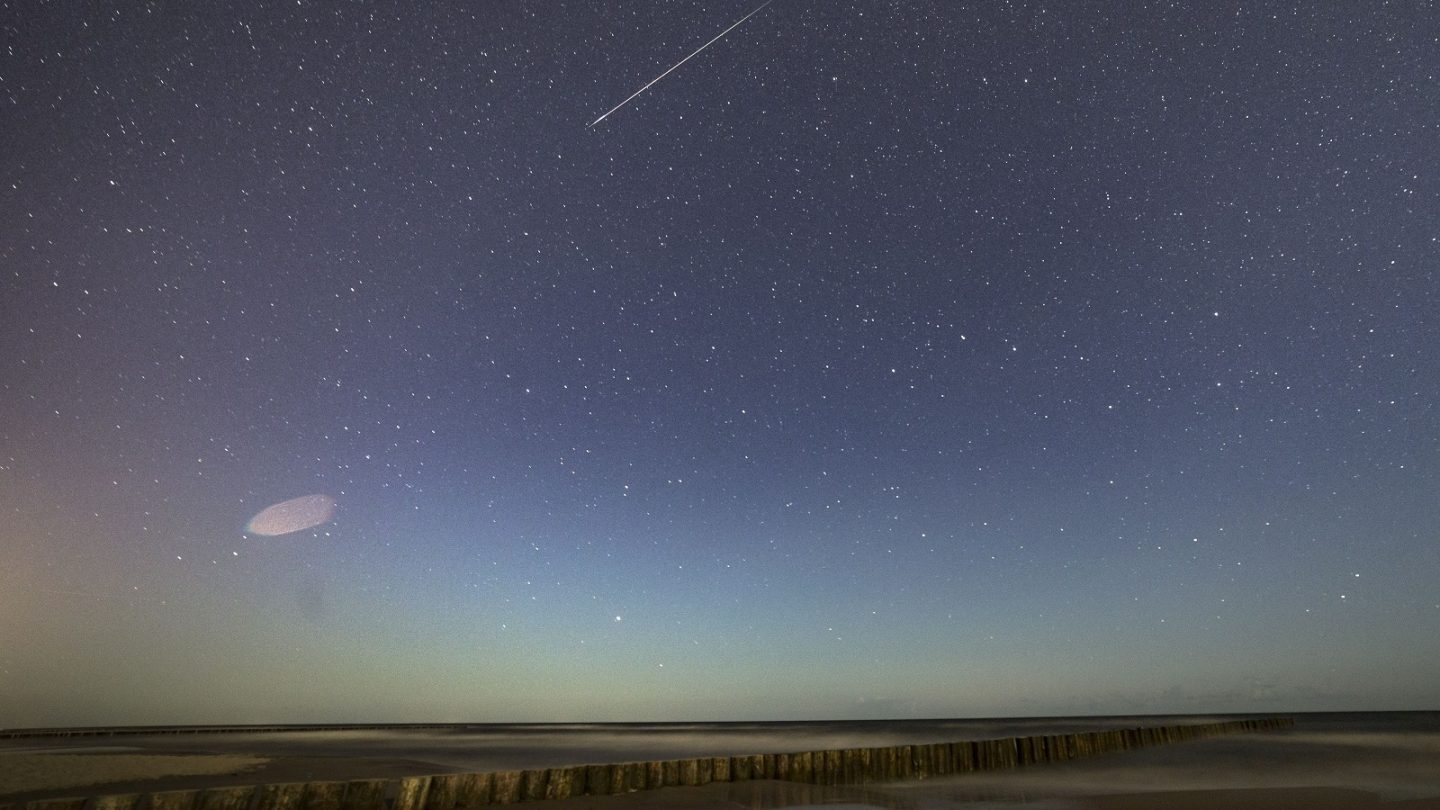 If you’re hoping to spot a falling meteor, there are times of the year that are better than others. At the moment the Geminid meteor shower is currently at its peak, making it a bit easier to spot “falling stars” with your own eyes. If you haven’t been lucky enough to witness it yourself, officer Chris Cramer of the Howard County Sheriff’s Department in Indiana has you covered.

Cramer’s cruiser captured video of a particularly bright meteor flashing through the sky late on Thursday night while he was driving, and the department has since published the video for all to enjoy.

While on patrol last night, Cpl. Cramer caught what appears to be a meteor entering our atmosphere on his dash camera near 600 E. on SR22.

According to internet research, it appears that we are in the peak of the Geminid Meteor Shower.

The rock’s appearance in the sky is punctuated by a bright flash that lasts just a second. It’s during that time that most (or possibly all) of its material is incinerated due to friction with Earth’s atmosphere. It’s unlikely that any charred remains found their way down to the surface, but it’s not entirely out of the question.

The department correctly states that the falling rock was likely part of the Geminid meteor shower, which occurs yearly in early to mid December. The Geminids are caused by a massive asteroid known as 3200 Phaethon.

The large rock poses little threat to Earth, and its orbit has been plotted out through 2093 when it will make its next close approach, but in the meantime it brings smaller debris close enough to our planet to cause regular meteor showers.