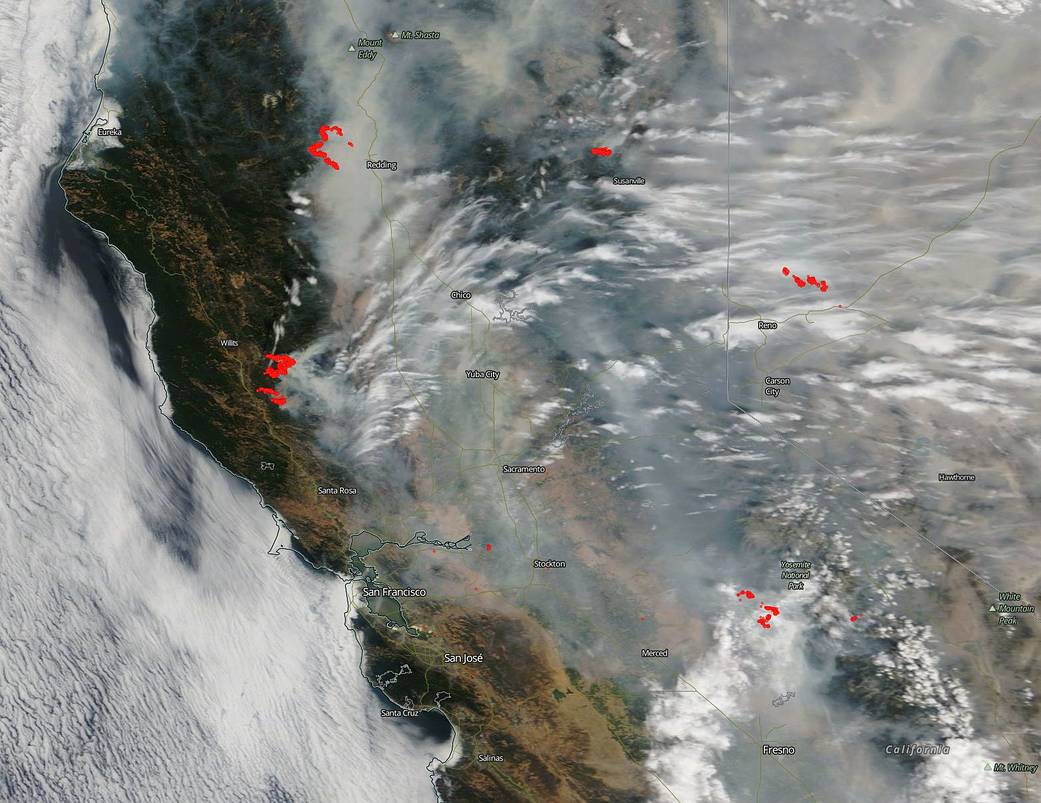 Wildfires can be incredibly devastating, taking down forests and grasslands and encroaching on populated towns and cities as they relentlessly march forward. Californians have become increasingly accustomed to dealing with these dire events in recent years, but this year is a bit different.

According to the Los Angeles Times, the Mendocino Complex fire has been jumping roads and rivers at a rapid pace, and it’s spreading at an unprecedented rate. Officials believed that it could quickly become the largest wildfire the state has ever seen, and that’s exactly what happened today.

The violent wildfire has surpassed all previous records, topping 283,800 acres in size, making it largest wildfire ever to hit the state of California. The fire has already claimed upwards of 60 homes during the 10-ish days since it began, and it shows no signs of slowing down. Emergency management officials have not been able to contain it on many fronts, and it’s still burning freely along the majority of its perimeter.

“We’re at the mercy of the wind,” Garden Grove Fire Capt. Thanh Nguyen reportedly said during a press briefing. “Tragically this whole area is really dry, and once you get the lighter fuel going, that preheats the denser fuel, and then it’s really difficult for them to put out.”

Wildfires can start for many different reasons, but they’re often sparked by human activity. A stray cigarette butt or an out-of-control campfire can be all it takes to start a fire that will eventually claim homes and even lives. As far as natural causes go, lightning has been cited as a cause of wildfires in the past, but the frequency with which it happens pales in comparison to fires started by humans.