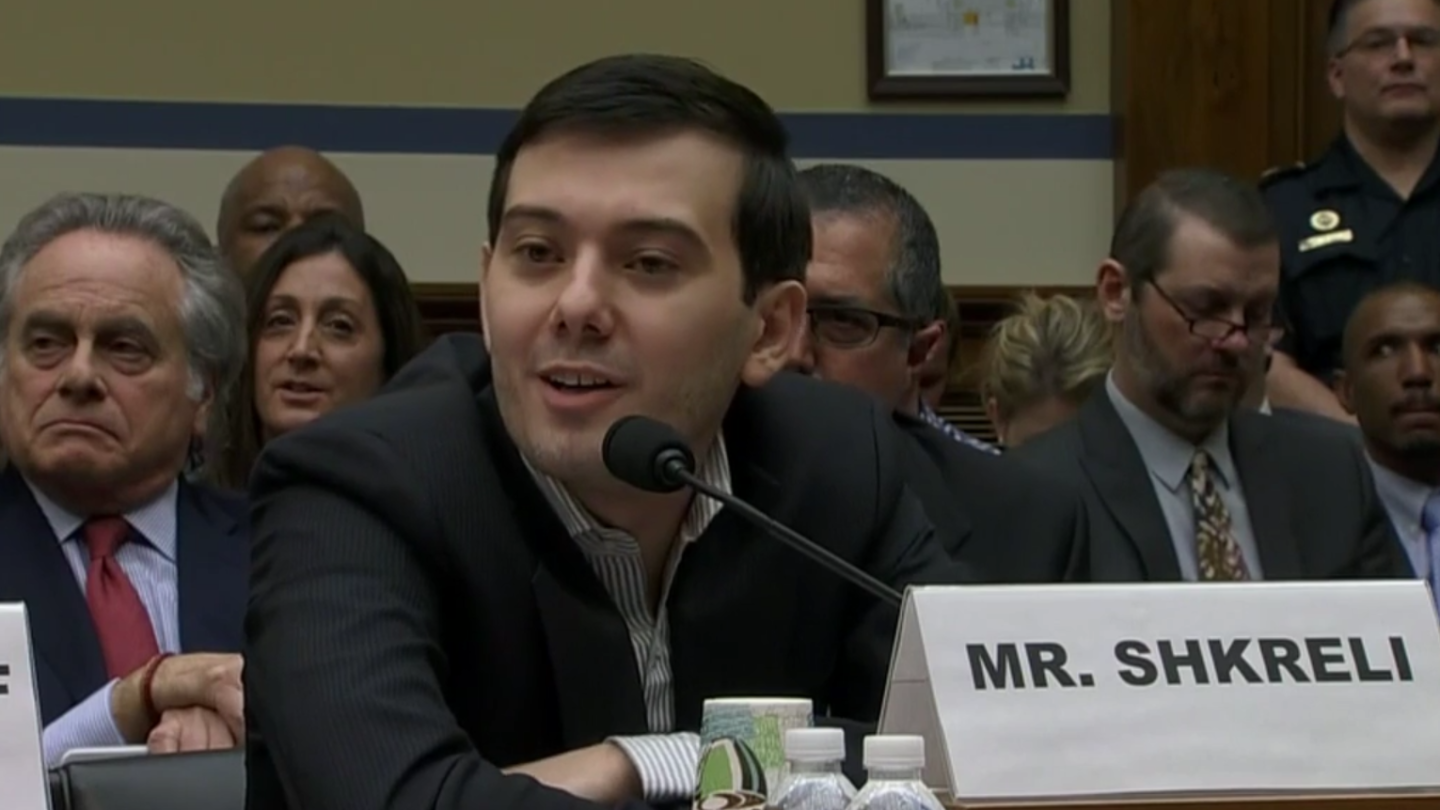 “Pharma Bro” Martin Shkreli may be the most hated person in America these days, as he possesses a uniquely toxic mix of rapacious greed and smug indifference to human suffering. Honestly, if you wrote a screenplay about a corporate bad guy that used nothing but actual details from Shkreli’s life, Hollywood studios would reject it for being too over-the-top.

The rat-faced former CEO of Turing Pharmaceuticals showed off plenty of his trademark anti-charm on Thursday during a congressional hearing on drug prices in which he repeatedly smirked and laughed as lawmakers asked him questions about his decision to jack up the price of an important AIDS-related drug called Daraprim from $13.50 per tablet to $750 per tablet.

Shkreli invoked his Fifth Amendment rights to not incriminate himself during his congressional testimony despite the fact that in the past he said he’d love to educate Congress about the nuances of prescription drug prices.

This was particularly irritating because Shkreli wasn’t even being asked to talk about his recent criminal indictment for alleged securities fraud and was being asked almost exclusively about his time as CEO of Turing Pharmaceuticals. Shkreli wouldn’t even answer a question about owning the sole copy of Once Upon a Time in Shaolin, the secret Wu-Tang Clan that he bought last year for $2 million.

When representative Elijah Cummings (D-Md.) said that he wished Shkreli would look at the faces of people who depend on drugs like Daraprim and who can’t get them thanks to his former company’s price increases, Shkreli smirked and nodded sarcastically. You can see it for yourself in this GIF:

After the hearing, Shkreli posted the following on Twitter:

While he’s right that Congress certainly leaves a lot to be desired, this is still a pretty obnoxious thing to say from someone who couldn’t even be bothered to answer any of the “imbeciles'” questions.

At any rate, here’s hoping that whoever produces the Martin Shkreli biopic can convince Jack Gleeson (a.k.a., Joffrey on Game of Thrones) to play him. Because, I mean, it’s just too perfect: