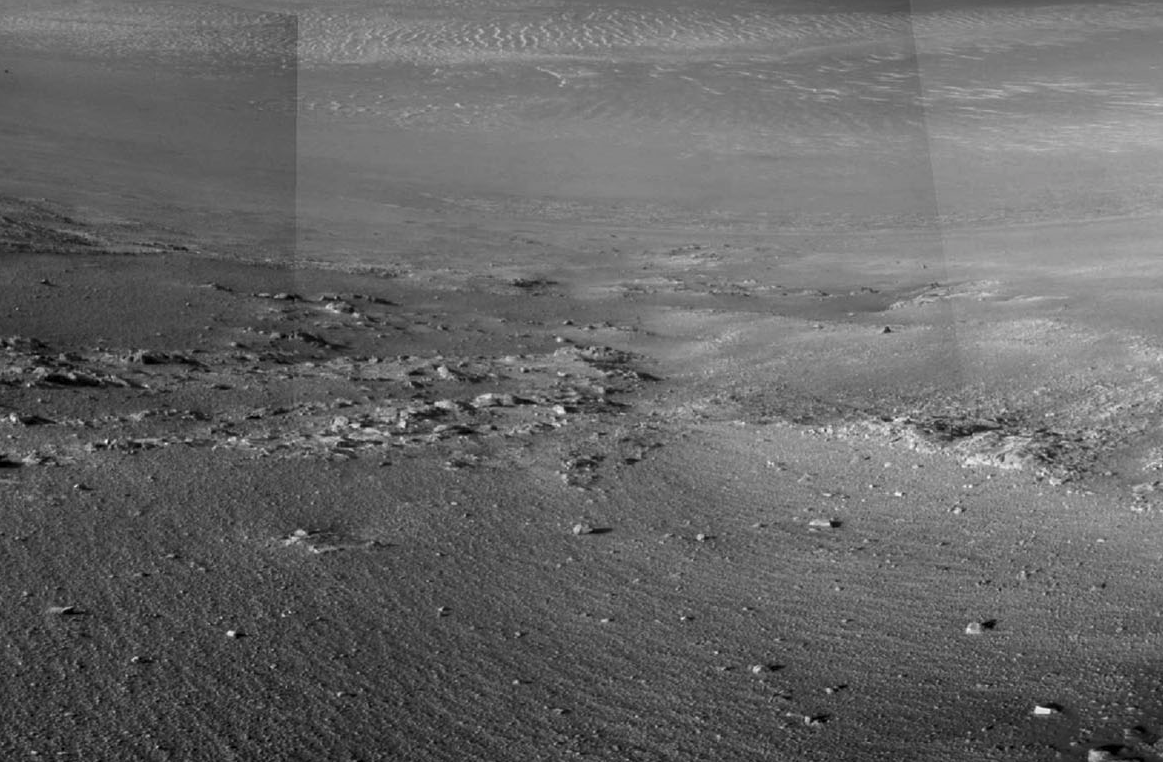 Mars is a big, dusty, dry ball of rock, sand, and dust… we think. Believe it or not, despite the fact that NASA has several rovers on the Red Planet, we’re still not entirely sure how much water is there, and it’s proven incredibly difficult to pin down. Curious geological features that were thought to be proof of flowing water were later disputed as the effects of wind instead, and for every researcher to declared proof of water, another comes along with a very dry explanation. Well, get ready for it to happen all over again, because NASA’s Opportunity rover just spotted what looks like the telltale signs of wetness.

As the Jet Propulsion Laboratory explains, Opportunity has captured images of the Martian landscape in Perseverance Valley that appears to show “rock stripes.” Rock stripes are a naturally occurring phenomenon that happens when wet ground freezes and thaws in repeating cycles. The result is larger rock fragments arranged in lines with finer dirt and soil “flowing” between them.

“One possible explanation of these stripes is that they are relics from a time of greater obliquity when snow packs on the rim seasonally melted enough to moisten the soil, and then freeze-thaw cycles organized the small rocks into stripes,” Ray Arvidson, Deputy Principle Investigator for the Opportunity Rover, says. “Gravitational downhill movement may be diffusing them so they don’t look as crisp as when they were fresh.”

Obviously, the idea that frost, snow, and water existed on the surface of Perseverance Valley in a significant amount is a pretty big deal for Mars researchers and the space community as a whole. However, other potential explanations for the rock stripes are already being proposed, and they have nothing to do with water.

The windy surface of the planet may be the key to the stripes, and it’s being hypothesized that wind blowing up and out of the valley may be “arranging” the rocks in a way that mimics water flowing in the opposite direction. Or, alternatively, it could be a combination of both long-gone moisture and wind working together to create the small ridges.

“Debris from relatively fresh impact craters is scattered over the surface of the area, complicating assessment of effects of wind,” Robert Sullivan of the Opportunity science team notes. “I don’t know what these stripes are, and I don’t think anyone else knows for sure what they are, so we’re entertaining multiple hypotheses and gathering more data to figure it out.”