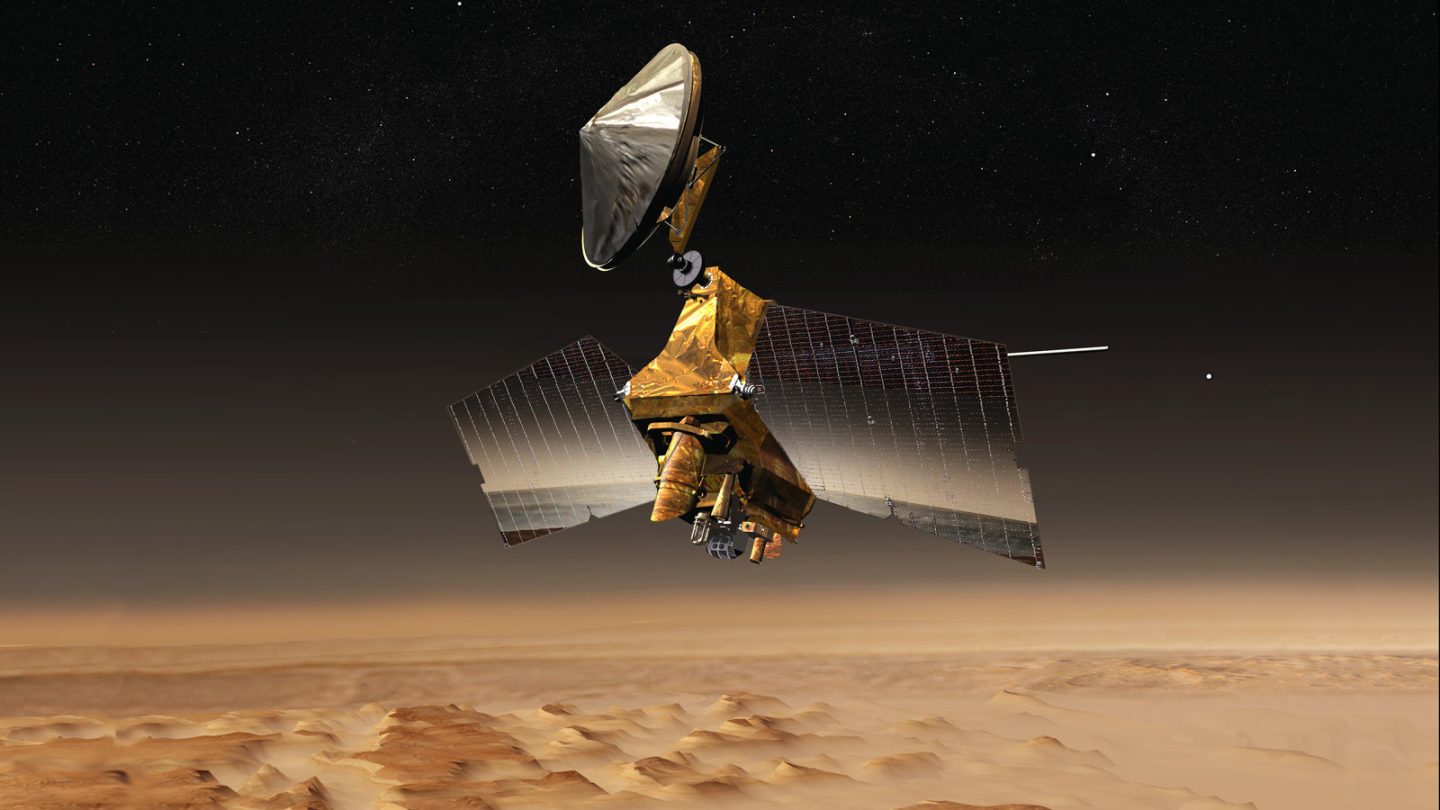 NASA has had an incredible streak of good luck as of late with spacecraft that have far outlived their expectations. Cassini at Saturn, the Opportunity rover on Mars, and several other pieces of high-tech space hardware have performed for much longer than was initially expected of them. Unfortunately, the Mars Reconnaissance Orbiter, which was launched in 2005 and has delivered more data on the Red Planet than any other Mars mission, is starting to cause some headaches.

According to NASA’s Jet Propulsion Laboratory, the spacecraft has been put into “precautionary standby status” after it alerted its handlers of low battery voltage. The craft is equipped with solar panels that power its instruments, but when it swings to the dark side of the planet it relies on rechargeable batteries to keep it up and running. Now, NASA has to figure out exactly what is wrong, and do so from over 30 million miles away.

“We’re in the diagnostic stage, to better understand the behavior of the batteries and ways to give ourselves more options for managing them in the future,” MRO Project Manager Dan Johnston explains. “We will restore MRO’s service as a relay for other missions as soon as we can do so with confidence in spacecraft safety, likely in about one week. After that, we will resume science observations.”

NASA is optimistic that they can iron out whatever issues are leading to the spacecraft’s battery woes, but it’s not exactly shocking that the hardware is having problems when you consider its age. Launching in 2005, the Mars Reconnaissance Orbit was slated to have a two-year mission window which it completed with flying colors. Following that success, NASA has issues extended missions five times, allowing the orbiter to continue gathering and relaying a treasure trove of data about the planet. According to NASA, the MRO has delivered over 317 terabits of data thus far, which is more than all other Mars mission combined.

In just a couple of years, NASA is slated to launch its Mars 2020 mission which will feature the delivery of a new rover to the Red Planet. The rover will be a cutting-edge piece of scientific hardware capable of making advanced observations about the composition of the Martian surface.