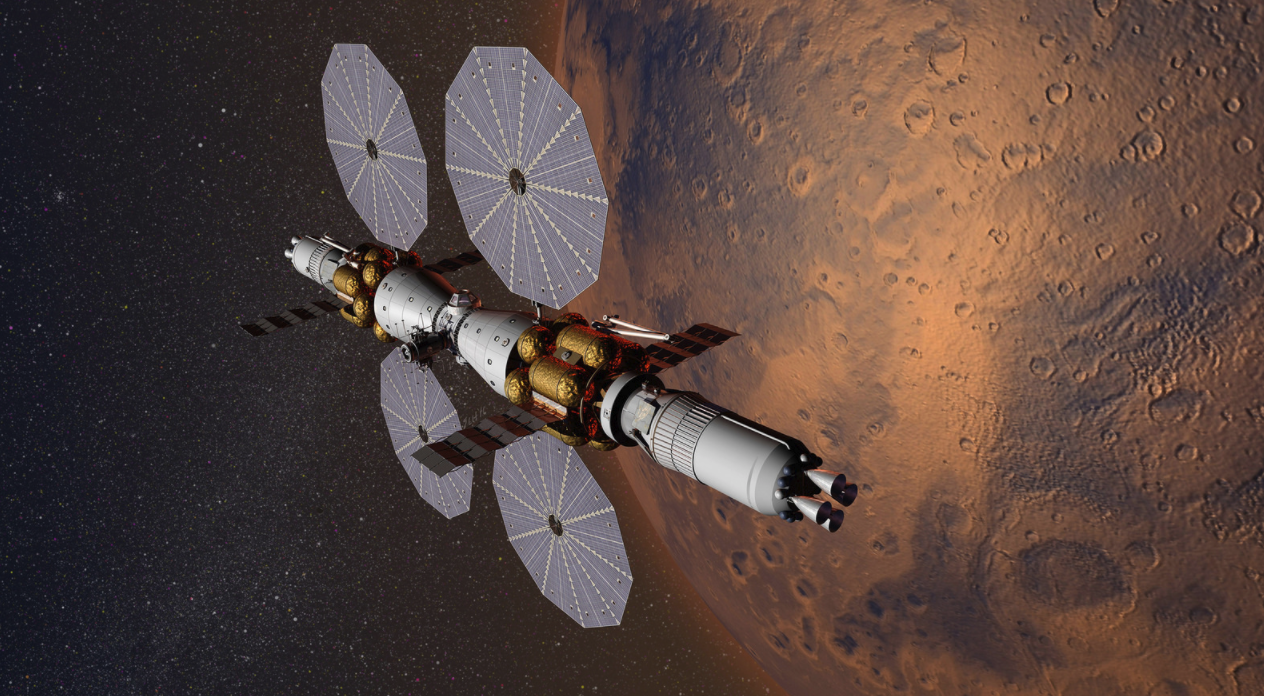 Humans are going to Mars. We don’t know exactly when, who it will be, or exactly what spacecraft will be the first to make the journey, but with several space-faring nations setting their sights firmly on the red planet, it’s going to happen sooner rather than later. To make that goal a reality, groups like NASA are going to need the help of companies like Lockheed Martin, and the latter just released its newest vision for what an orbiting Mars space station and reusable lander.

The station, which is built with our current scientific understanding of Mars in mind, features a pair of what Lockheed Martin is calling “MADVs,” or Mars Ascent/Descent Vehicles. Those vehicles function as landers to ferry astronauts to and from the surface of the planet, with the space station itself acting as a “base camp.”

“Sending humans to Mars has always been a part of science fiction, but today we have the capability to make it a reality,” Lisa Callahan, vice president and general manager of Commercial Civil Space at Lockheed Martin, said in a statement. “Partnered with NASA, our vision leverages hardware currently in development and production. We’re proud to have Orion powered-on and completing testing in preparation for its Exploration Mission-1 flight and eventually its journey to Mars.”

The orbiting station would be the astronauts’ home away from home, functioning as living quarters and also a scientific laboratory to perform various research and experiments. The company’s own Orion spacecraft would be how the travelers make their way to and from Earth.

The MADV landers, which look like something straight out of a 1950s sci-fi space flick, could provide rapid transportation for the crew whenever they need to move between Mars and their floating home. Those brief trips to the planet could last as long as two weeks before the spacecraft would need to return back to the station for refueling. The MADV can tote up to four astronauts at a time.

It’s a stunning concept that is closer to reality than fiction. That said, we’re potentially a decade or more from even sending astronauts on a manned orbiting mission to Mars, much less ready to build a space station there, so for now it’s little more than a forward-looking dream.