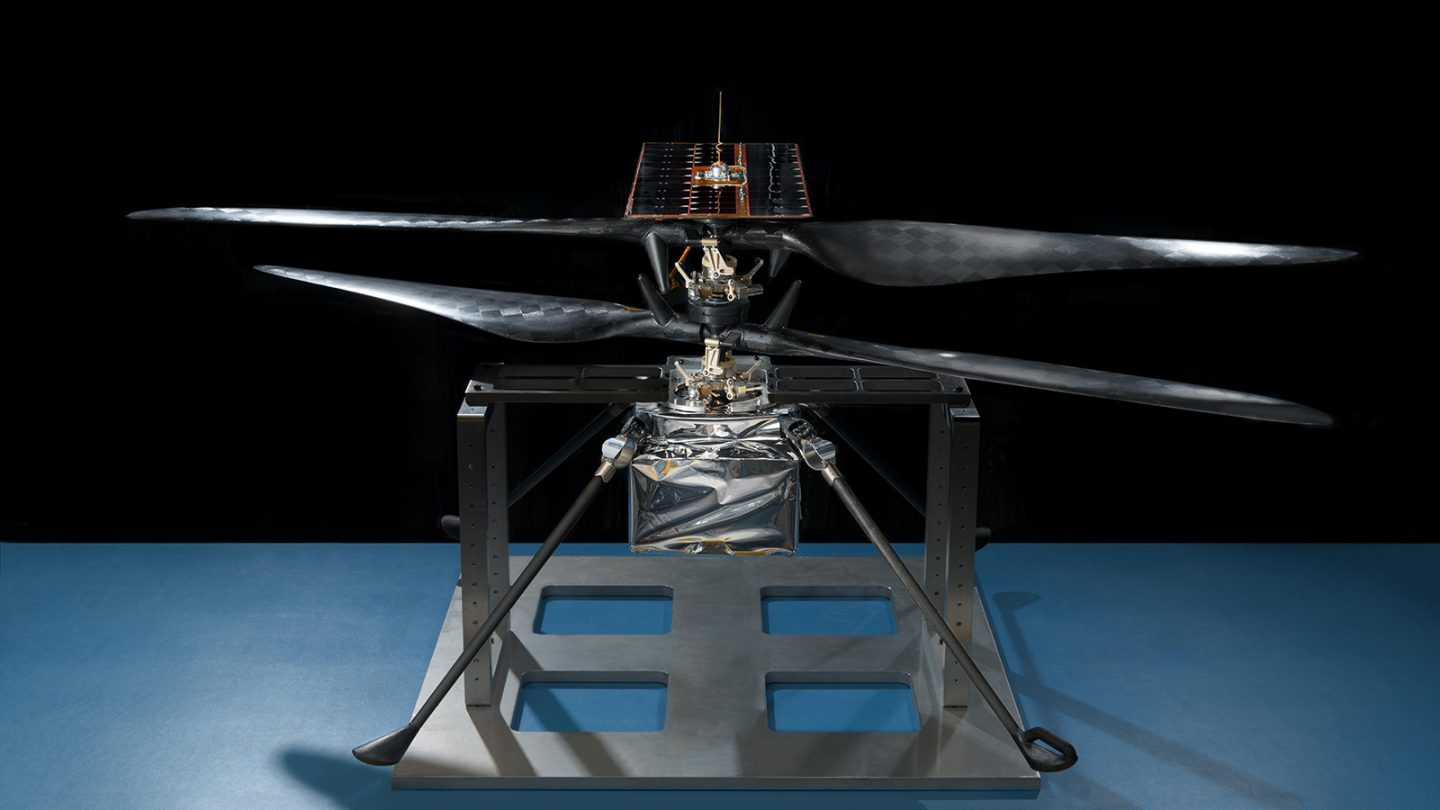 The Mars 2020 mission will truly be one for the record books when it begins in July of next year. Not only is the Mars 2020 rover one of the most advanced piece of equipment that will ever be sent to the Red Planet, it’s also equipped with its very own helicopter.

The vehicle, named simply the Mars Helicopter, is the first of its kind, and a great deal of work as been put into perfecting its simple design and ensuring that it can withstand the conditions of Mars. Now, in a new blog post, NASA’s Jet Propulsion Laboratory says that the helicopter has entered its final testing phase and it’s already passed many of its trials with flying colors.

“Nobody’s built a Mars Helicopter before, so we are continuously entering new territory,” MiMi Aung, manager of the Mars Helicopter project at JPL, said in a statement. “Our flight model – the actual vehicle that will travel to Mars – has recently passed several important tests.”

The tiny copter will be affixed to the belly of the Mars 2020 rover during the flight to Mars and throughout the landing phase. Once the rover is on the surface, it will deploy the helicopter.

The helicopter doesn’t have any scientific objectives this time around, and it’s being sent to Mars simply as a testing and demonstration vehicle to provide scientists with information on flight within the thin atmosphere of Mars. The helicopter’s sole instrument is a high-resolution camera that, NASA hopes, will capture some lovely shots of the Red Planet and relay them back to Earth.

In the future, helicopter-like vehicles may be a regular addition to Mars missions since they afford greater flexibility to relocate to new areas in short periods of time. Rovers are, generally speaking, pretty slow, but if NASA can perfect the art of flight on Mars it will have the power to explore new areas rapidly.