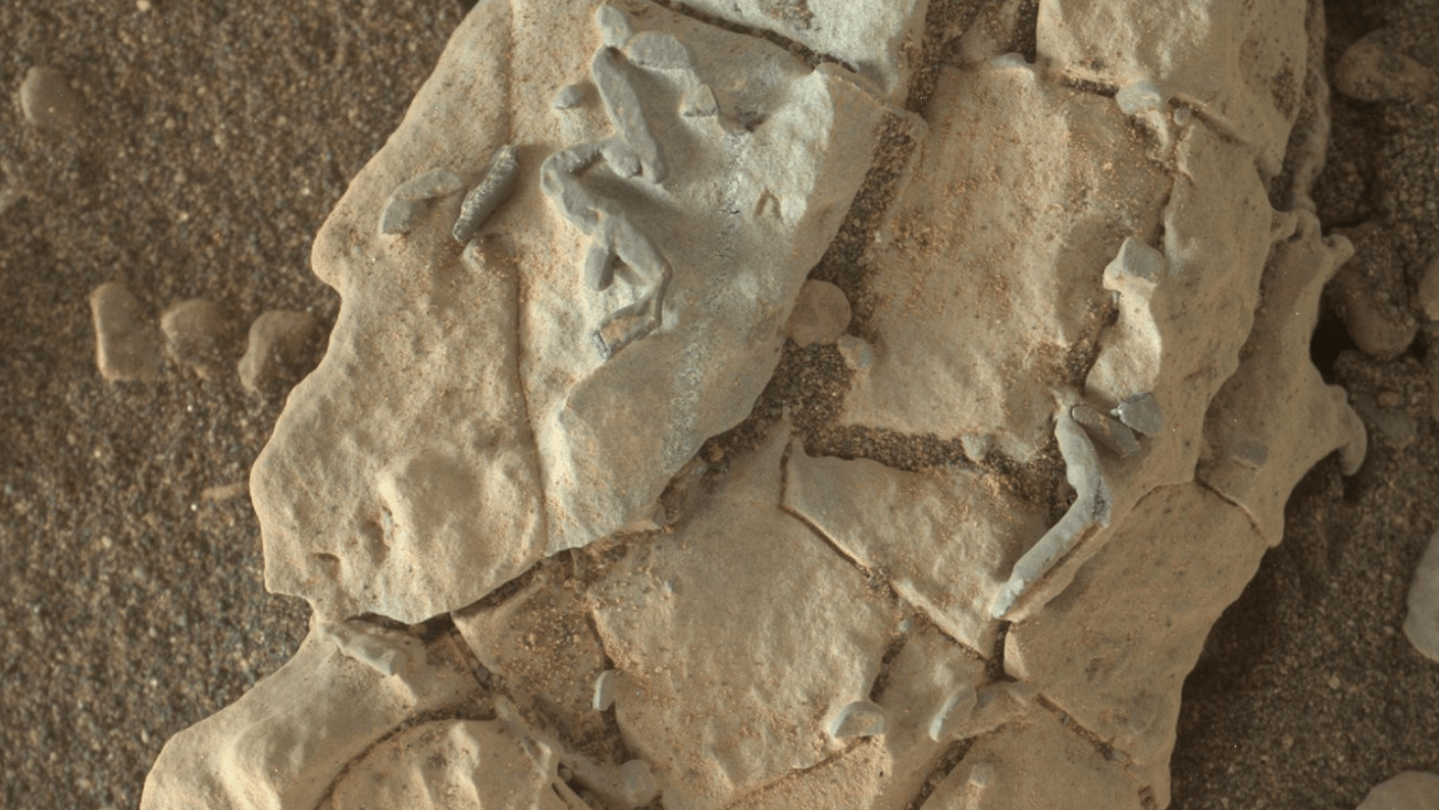 If you’re one of the many casual science observers hoping that mankind will one day discover evidence that life once thrived on Mars, 2017 was a very, very exciting year for you. From derelict alien ships to cannonballs, NASA spotted lots of weird things on the Martian surface last year. It seems 2018 is going to continue the trend, and the Curiosity rover is starting the year strong with the discovery of some incredibly strange “stick-like figures” laying exposed on the planet’s dusty surface.

“Each is about a quarter-inch long,” NASA explains on the official Twitter account of the Curiosity rover. “Maybe they’re crystals? Or they could be minerals that filled spaces where crystals dissolved away. Stay tuned! Science continues.”

Meanwhile, back on Mars… I’m checking out these stick-like figures. Each is about a quarter-inch long. Maybe they're crystals? Or they could be minerals that filled spaces where crystals dissolved away. Stay tuned! Science continues. pic.twitter.com/4oR70BVht3

The odd whitish lines in the tan rock are reminiscent of fossils, and plenty of people both on Twitter and elsewhere are incredibly intrigued. Theories about what the lines represent range from ancient tire tracks or Martian dinosaur bones to “angel poop,” but as usual there’s a much more realistic explanation waiting to rain on the alien parade.

At present, the most realistic explanation is that the odd lines are simply crystals that formed inside cracks in larger rocks. As erosion took its toll, the hardened crystals remained, withstanding the wind and dust slightly better than the surrounding rock. Today, the crystals stick out from the eroded rock, catching our eye and making us dream of alien worms.

To help give viewers some context, NASA also tweeted out a wider shot of the same feature. As you can see in the surrounding rock, there doesn’t appear to be any out of the ordinary about the area, and certainly nothing that would indicate a larger collection of “fossils” or remnants of past life.

Here's a wider shot. The red box shows roughly where the close-up of the stick-like features goes. Note: this was taken from a different angle. More info at https://t.co/cfLajNkRVX pic.twitter.com/iNpc50Zcd4

Realistically, the odds of finding signs of life on the surface of Mars are very low, and not just because recent research has suggested the planet may have always been hostile to life. Even if Mars was a lush green paradise filled with amazing life forms, that would have been hundreds of millions or even billions of years ago. On a timeline like that, erosion would have long since wiped the planet clean, leaving behind the cold, dusty rock that we see today. Deep underground, however, is another story.