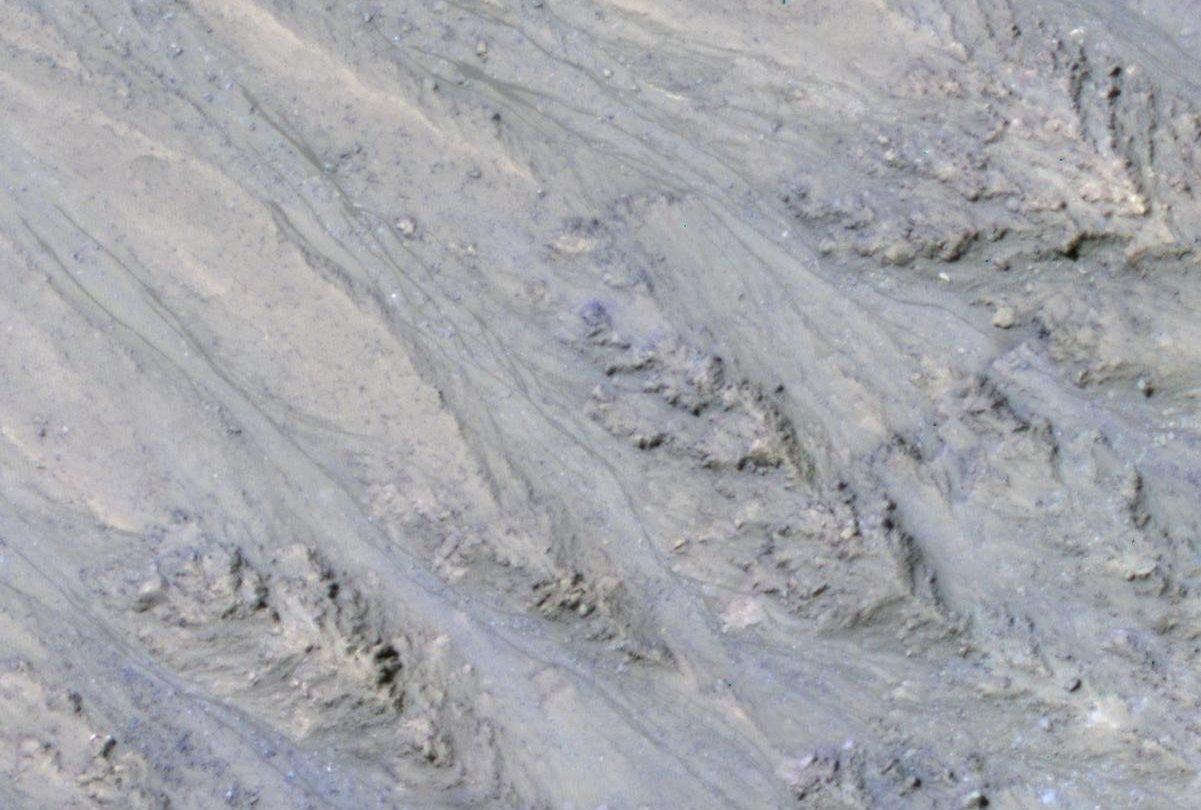 Thanks to the efforts of NASA and various other space agencies from around the world, we’ve learned more about Mars in the past decade or so than scientists ever could have dreamed. We know a lot about what it’s made of, what’s there now and what may have been there in the distant past, but some pretty head-scratching questions still remain. Now, what scientists once thought was evidence of water having once flowed over the surface of the planet is once again being questioned, as it might not be so easily explained.

Dark, wavy lines on the slopes of several martian craters had once been written off as the result of subsurface water running down at an angle thanks to gravity. New research published in the journal Nature Geoscience throws that all into question, and suggests that water might not have been involved at all. As it turns out, the patterns might actually simply be a byproduct of flowing sand.

Mars is a dusty, sandy place, and sand has a habit of acting like a fluid when it’s at its most dry. The darkened streaks in the martian craters, called “recurrent slope lineae,” could have been created by water, but new research conducted using high resolution images captured by NASA’s Mars Reconnaissance Orbiter reveals that the interior slopes of the craters are steep enough to have produce the flows with dry sand as well.

Evidence, including the fact that the odd flows aren’t present on shallower slopes, seems to support the study’s primary theory, as does the fact that the planet is so incredibly dry today. There’s also the possibility that water and seasonal moisture is indeed somehow involved in the process, but not in the way that was originally theorized. Whatever the case, the researchers hedge their bets by suggesting that whatever process formed the flows is likely unique to Mars itself, rather than something that we’d see replicated here on present day Earth.