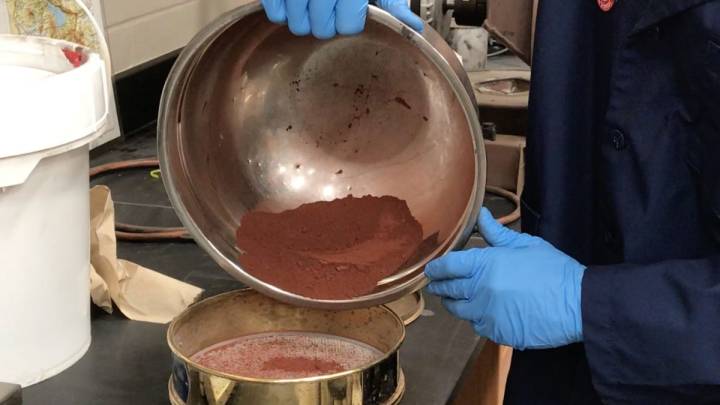 Mars is a long, long way away, but it’s abundantly clear that getting there is mankind’s next great challenge. Space agencies from around the world are already working hard on various aspects of the first manned Mars missions, but planning for a visit to a planet where no human has ever set foot is incredibly difficult.

That’s why researchers from the University of Central Florida are selling dirt.

It’s not just any dirt, of course, but fake Mars dirt that the school says will be invaluable for any scientific mission which plans to make use of Martian material for its own purposes.

This dirt isn’t just dressed up like the copper-colored dust that covers much of Mars, but is actually chemically similar to the real thing. Thanks to data sent back from NASA’s Curiosity rover, the researchers have been able to manufacture soil that is a whole lot like the kind found on the Red Planet.

The UCF team which created the soil, and published a paper about its creation in Icarus, says that working with Mars soil simulants is important if we ever want to successfully grow food on Mars. It’s a whole lot better than getting there and discovering your plan won’t work, the researchers suggest.

“You wouldn’t want to discover that your method didn’t work when we are actually there,” Dan Britt of UCF’s Planetary Sciences Group explains in a statement. “What would you do then? It takes years to get there.”

Well, in that case you’d probably be out of luck, but with realistic simulants to play with here on Earth it’s possible for scientists to determine what additional things they’d need to be able to grow food on Mars once humans actually arrive.

The dirt sells for $20 per kilogram, or roughly $9 per pound. That sure seems like a fair price for something you’d otherwise have to fly to another planet to get (or make yourself), and the team reports that they already have approximately 30 pending orders.