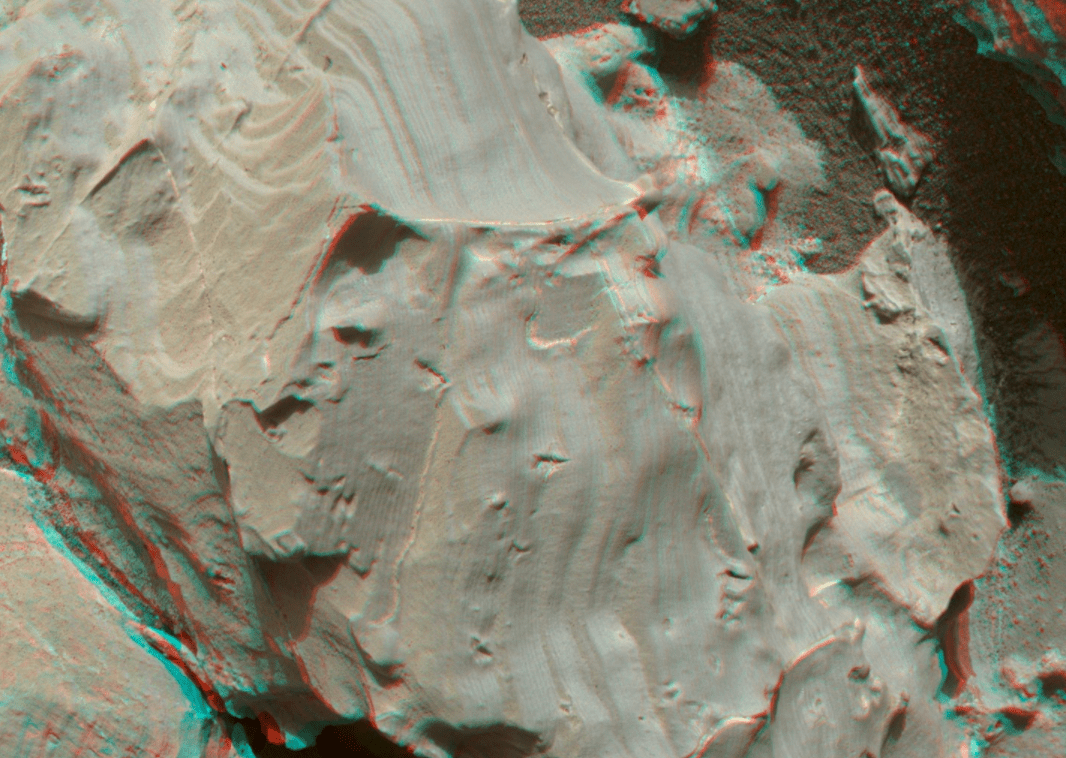 NASA has been exploring the surface of Mars for years now, driving rovers for miles over the dusty landscape and making some pretty neat discoveries along the way. Unfortunately, there’s been no concrete evidence of life ever having existed on the Red Planet — that is, if you believe the official version of things. Barry DiGregorio, a researcher with the University of Buckingham, doesn’t buy it, and he says he’s already discovered clues to Mars’ past in the form of fossilized alien tracks. Now, he’s trying to get others on board with his theory and blow the top off of an alleged NASA cover-up in the process.

DiGregorio, an author who has published books on Mars and its potential to host life, believes previously-released NASA imagery from the planet offers clear evidence of Martian tracks. He believes photos showing small indentations in rock are actually long-fossilized footprints of some type of alien life.

“Put it this way, these images, these figures, have not been seen on Mars to date,” DiGregorio told the Daily Star. “One of the things that grabbed me immediately was the expediency that NASA left the area of such a mission.”

NASA, meanwhile, is doing its best to remain level headed as it explains why DiGregorio has lost his marbles. The “tracks” that are at the heart of this debate are actually much smaller than might be obvious from the photographs, and NASA claims that they are actually only about the size of a sesame seed. The agency believes the odd shapes to be the byproduct of crystal formations in the rock, and points to similar crystals found here on Earth that bear a striking resemblance to what DiGregorio believes are alien footprints.

“These shapes are characteristic of gypsum crystals,” Sanjeev Gupta of the NASA’s Mars Curiosity science team explains. “These can form when salts become concentrated in water, such as in an evaporating lake.”

Of course, DiGregorio isn’t buying that totally reasonable explanation and has instead decided to present his findings at a conference later this year, hoping to drum up support for his theory among other scientists. That’s a bold strategy, and we’ll see if it pays off.