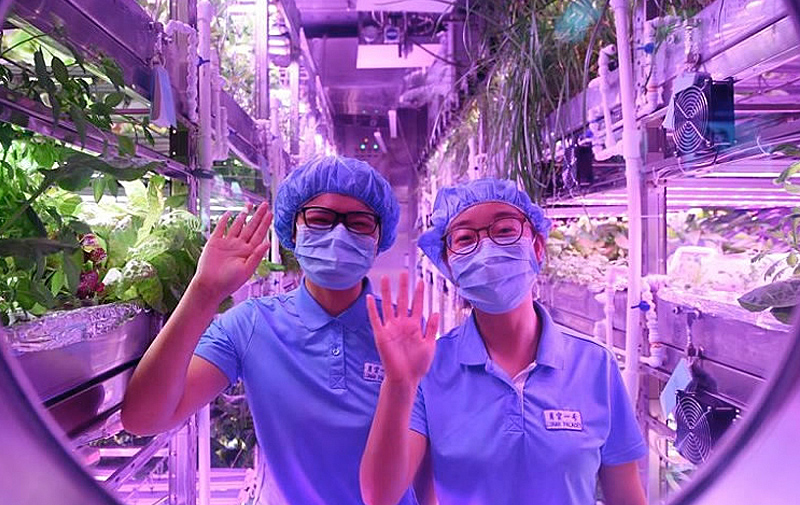 If you were like most kids, you at least ventured the thought of becoming an astronaut when you grew up. The idea of flying into space and maybe even walking on the moon just sounds so cool when you’re a youngster — and maybe even as an adult — but you don’t often consider all the compromises associated with it. A group of four volunteers are about to embark on an experiment that will test the limits of their endurance by being sealed in a laboratory for a whopping 200 days without any outside contact, and it’s all for the dream of a manned moon mission.

As reported by the Chinese government-run People’s Daily news agency, the four brave souls will be aiding the country’s space agency in identifying the challenges and issues that might arise when it finally sends its own astronauts for a medium-to-long-term stay on the moon.

The lab, called Yuegong-1 (or “moon palace”), is located at Beihang University. It’s a 160-square-meter sealed structure with self-sustaining life support systems that includes a greenhouse lush with plant life. The group will have no support from the outside world during the course of their stay, in an attempt to replicate what it would be like for astronauts who set up shop on the moon.

This is now the second group of volunteers to participate in such an experiment for China’s space program, with the previous occupants having just wrapped up a much shorter stay of just 60 days. Following the 200-day stint which just began, a third group of participants will be taking up residence in the lab for another 105 days.